Just like last year, the Google I/O app's source code has been released in an effort to get developers acquainted with Android best practices.

In a post to Google+ today, the Android Developers page outlined some of the things the source code has in store for those curious. Among them are techniques to implement responsive design across phones and tablets, use content providers and implicit intents in app navigation, using sync adapters to provide new content "in a battery-friendly way" and loads more. 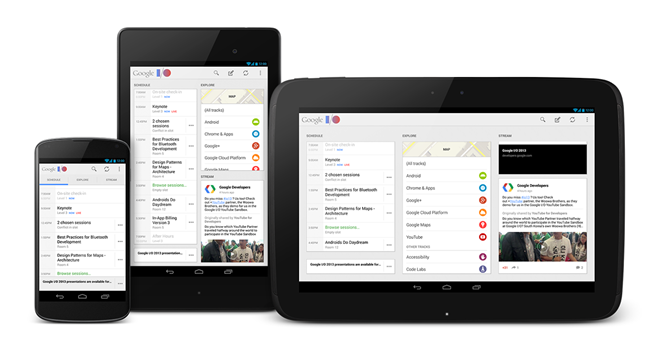 If you're a developer who's been anxiously awaiting the code, a developer who had no idea the code was on its way, or just a curious onlooker, hit the appropriate link below to see the original Google+ post, or see the code.