Welcome to the latest entry in our Bonus Round series, wherein we tell you all about the new Android games of the day that we couldn't get to during our regular news rounds. Consider this a quick update for the dedicated gamers who can't wait for our bi-weekly roundups, and don't want to wade through a whole day's worth of news just to get their pixelated fix. Today we've got a high-end dungeon crawler, a game that combines bouncing and terraforming, a colorful puzzle game, and an absolutely stunning shoot-em-up... on Amazon. Without further ado:

It's not often that we see a modern dungeon-crawler on Android - usually they're of the Diabloesque, top-down variety. But Tainted Keep aims to be a full console-style experience, complete with controller and SHIELD support. Graphics look great, even if the in-game voice acting seems a bit off (the heroine seems pretty bored chopping up all those skeletons), but if you want something to show off your new hardware with a bit of swords and sorcery, this is it.

The once idyllic village of Greenhaven is now a near lifeless husk, the souls of its inhabitants having been drained by the powerful wizard Morg, who has used them to create the abominations that now occupy the mighty keep that was once the source of protection for the village. Morg’s evil influence has caused the people of Greenhaven to forget their old lives of happiness and even the presence of Morg himself, instead falling into a mindless stupor. 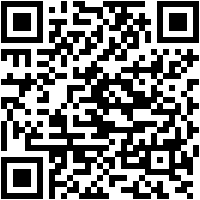 Chuck's Challenge is a strange mix of top-down twitch gaming and esoteric puzzles. A combination of levers, switches, crates, and bad guys will see you through the stages, and SHIELD owners can use the hardware's physical controls to do so. The game includes 25 free levels, with 75 more available after an in-app purchase, plus a level editor with a publishing feature, so you can share with other players.

Meet Woop, just your everyday puzzle lovin’ purple alien capable of altering time and space. Woop has summoned all-round puzzle game legend Chuck Sommerville for one purpose - to create a universe of puzzles for him to work his way out of. Take control of Woop and help him navigate his way through level after level of obstacles and challenges that stand between him and reaching the exit portal. Shift blocks, find keys, flip switches, wade through water, hot-foot it through lava and do everything it takes to make it out in one piece and evade an army of hungry creatures who want nothing more than to turn our purple hero into a nice ‘n tasty Woop Sandwich.

Space Ark is a pilgrim from the Xbox Live Arcade, a riff on the Icy Tower-style game with a movable platform instead of tilt controls. What it's got to do with space, or indeed arks, is a bit underdeveloped, but there are cute animals, arbitrary coin collecting, and lots of bouncing. Graphics are Tegra "THD" enhanced, but the game is available on standard devices as well.

Bounce! Power-Up! Transform! Can you collect all the crystals and win the highest scores? Let's go on a journey into space and discover new worlds that you can help transform into brand new habitats for your team of animal "Arkanouts"! The super hit game from Xbox Live Arcade has been rebuilt for mobile and and now touched down on Android! 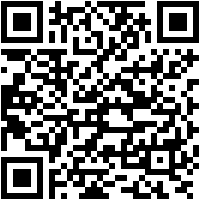 This block puzzle game seems to have more new ideas than most: adjacent blocks of the same color can be cleared in any amount and direction, but only after moving one. Wildcards and obstacles are thrown in to keep you on your toes, and there's a ticking clock as well. Google Play Games support is integrated, but unfortunately there's no multiplayer option.

Blitz Block Robo is an action puzzle game with a fresh new take on the typical match puzzler. Simple, yet challenging, control the game grid by sliding blocks, matching colors of any amount to earn points or chain together with special blocks for massive combos. 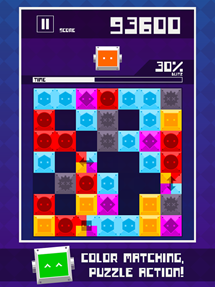 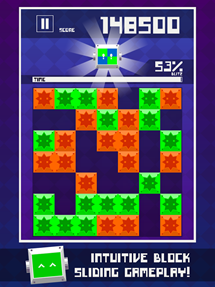 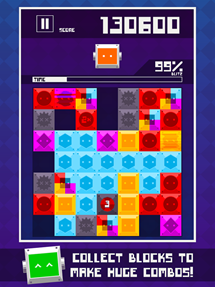 Sine Mora debuted on the Xbox Live Arcade last year, to the adulation of console shoot-em-up lovers everywhere. Graphics are great and gameplay is intense, with 3D graphics complementing the 2D gameplay. Four difficulty levels cover the gamut from "incredibly simple" to "masochistically hard." The game doesn't appear to be an Amazon Appstore exclusive, but it has shown up there first in any case. Here's hoping we get a Play Store release soon.

!Sine Mora is a horizontal shoot'em up that provides a unique take on challenge, where time is the ultimate factor. Mixing classic shooter sensibilities with contemporary presentation, Sine Mora is a gorgeous shoot'em up that offers a Story Mode that weaves an over-the-top tale and an Arcade Mode that provides deep, satisfying gameplay to challenge fans of the genre. With many ways to manipulate time, Sine Mora features over 50 weapon combinations to complete each beautiful stage that form fits to the player's skills with scaling difficulty.