While we published an exhaustive list of all the content currently availably for SHIELD yesterday, many of the more graphically intense titles were ports of games you may have completed years before. Blood Sword is a fresh piece of eye candy just raring to help you break in your new device. 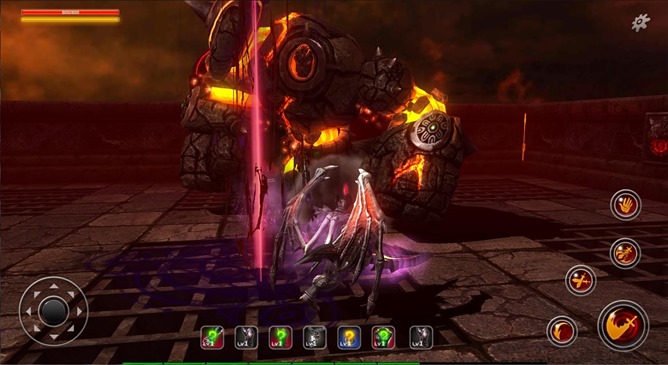 This is a top-down action RPG in the style of Diablo and Baldur's Gate - or, if you've only played mobile games, SoulCraft. The view pans down to resemble a third-person action game during boss fights, but the camera remains high during levels to provide players with a clear vantage point. It should come as no surprise that the game features plenty of hacking and a fair bit of slashing, but there are a mixture of spells thrown in for players who tire of only utilizing the attack and dodge buttons. As a sign that this is a video game, the video below doesn't resemble a movie trailer in the slightest and contains not a trace of cutscenes or hype. The action speaks for itself.

Blood Sword was one of the games demoed at this year's CES to show off what Tegra 4 is capable of. If you want to break in that shiny new handheld or tablet with something gorgeous, this game probably won't disappoint, but anyone who tires of so many pixels being forced into such a small space can throw this up on a TV for a more immersive experience. The game only costs a buck, but anyone without a Tegra 3/4 device will have to settle for window shopping. Other devices are not supported. Google And Netflix Are Aware Of The Device Hanging Issue With Netflix On Android 4.3, Have "Top ... Amazon Now Listing An Assortment Of Well-Reviewed Cases From rooCASE For The New Nexus 7, Only ...