Samsung's Galaxy NX is an unusual product – a high-end mirrorless camera with interchangeable lenses running Android. Everyone suspected it would be expensive, but the price, now confirmed in the UK, is really up there. At £1,299, it will cost about the same as the upcoming pro-level Canon EOS 70D (with a comparable lens).

The Galaxy NX is essentially a Samsung NX series shooter with Galaxy Camera software features grafted on. The 20.3MP sensor is sure to take great images, and Samsung's NX lenses are good, if a bit pricey. However, it's going to be a tough sell at £1,299. Other Samsung NX camera kits without the Android features clock in at about £800-900. 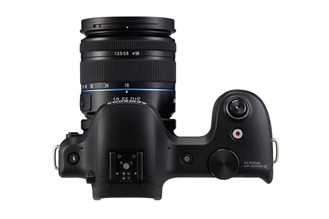 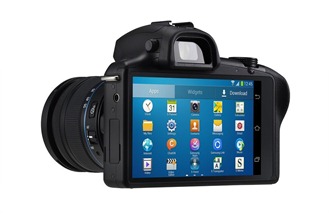 The US price hasn't been announced, but it's likely to be in the same ballpark as the converted UK price, but something more round. Maybe $1,799 or $1,899? Perhaps an on-contract price with 4G service will bring it down to an almost palatable level. Of course, it's also possible we'll see something more reasonable stateside, much to the chagrin of British photo buffs.