Anyone who has made the jump to Android 4.3, which admittedly isn't that many people right now, may have noticed that some applications now plant persistent notifications in the status bar. We offered this as a disclaimer in our post about manually updating a Nexus 4 to Android 4.3. Turns out, this is completely intentional. Android now forces persistent notifications on unkillable apps that run silently in the background. This is an attempt to call attention to behavior that isn't quite okay.

Many developers have made their applications impossible to kill and don't alert users to the fact that they're still running. They do this by creating a malformed notification object that doesn't appear in the status bar but still tricks the activity manager into allowing the service to enter the foreground. This is great for snooping, but that doesn't mean that only malicious apps adopt this behavior. As Artem's screenshots show below, the Network Monitor Mini Pro was one offender, but the developer has since updated the app to fix the problem. 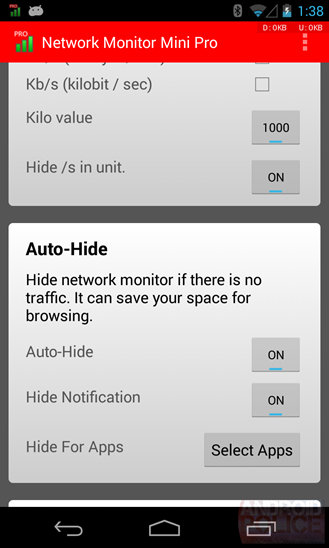 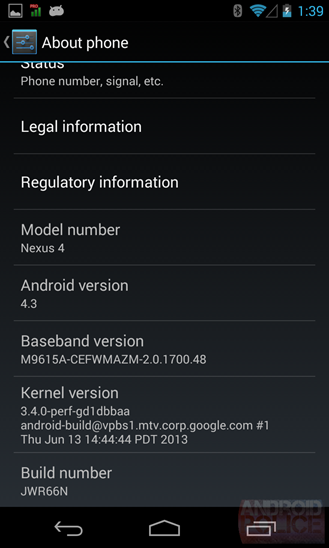 While Android developers originally wanted to force quit apps that submit malformed notifications, there are simply too many out there for this to be a usable approach. Instead, Android will alert users to the offending apps, and developers will probably be inclined to change their software once users stop using their products and/or bring public shaming down on their heads. Hopefully the bulk of them will have been fixed by the time most phones make the jump to the latest version of Jelly Bean.