Welcome to the latest entry in our Bonus Round series, wherein we tell you all about the new Android games of the day that we couldn't get to during our regular news rounds. Consider this a quick update for the dedicated gamers who can't wait for our bi-weekly roundups, and don't want to wade through a whole day's worth of news just to get their pixelated fix. Today we've got a sci-fi tower defense game, a unique endless runner, a game in which many, many virtual hamsters are maimed, a shmup starring Nikola Tesla, and a digital translation of a popular card game. Without further ado:

If you like a bit of sci-fi and collection in your tower defense, you'll want to check out Defense Technica. Graphics are decent, but the game also has a few new ides for the dated genre. A card collecting system - a popular trait in games from developer Com2Us - can upgrade your cards or augment your coffers when you sell them off. There's also a way to craft new cards by combining them.

Halfway between an endless runner and a twitchy puzzler, Expander tasks the player with collecting as many stars as possible before crashing to a boxy death. You control the horizontal and the vertical, squeezing your bar into tighter and tighter spaces while grabbing stars at maximum expansion. The screenshots don't do it justice - you really need to see it in motion in the video below.

Expand and reach for the stars! Float into infinity! Don't crash into walls. Expander is a fast-paced reaction game that challenges you to take risks. Collect precious stars by lifting and stretching your colored block. Shrink it to avoid obstacles. Stay calm and be prepared for mind-boggling twists. 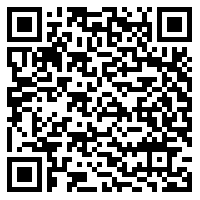 Golfing tip: hamsters do not have any aerodynamic advantages over a standard dimpled golf ball. Unless you shoot them out of a canon. That seems to be the principle behind Boom Boom Hamster Golf, which wins the Jeremiah Rice Award For Truth In Advertising if nothing else. In addition to furry ballistics, you get courses littered with monsters (a giant crab robot is more menacing than a sand pit) and a few minigames for good measure.

You don’t have to be a pro golfer to enjoy Boom Boom Hamster Golf. You just have to love firing adorable hamsters out of a cannon on the world’s most fantastic golf courses. These first nine holes take place on the exotic Lost Islands Course, located somewhere off of your Western Coast. Nine unique island clusters showcase the holes, but beware of the monsters that inhabit some of these isles. They hate golfers stomping all over their turf, but with a little luck you can defeat them. Shoot-em-up, bullet Hell games aren't hard to find on Android. Neither are games with a steampunk theme. But here's the one game that rests at the intersection of that particular Venn diagram. Teslapunk puts you in the slightly charred shoes of Nikola Tesla as he pilots his homemade spaceship through a variety of trippy environments. Both arcade and survival modes are included, as well as some very helpful advice: "don't die!"

A Shoot-Em-Up with two different playing modes. In arcade you play through different levels, dodging bullets, killing enemies with your laser and occasionally canceling bullets with a feature called Voltage Burst. Canceling bullets raises the multiplier and thus the score. But beware, it also raises the difficulty. Epic boss battles await you. In survival you have to fight endless attack waves, collecting coins and power ups on your way. You can equip and level up your ship to be more effective. 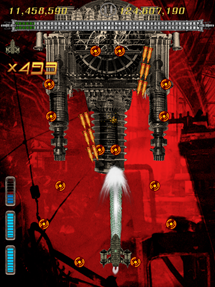 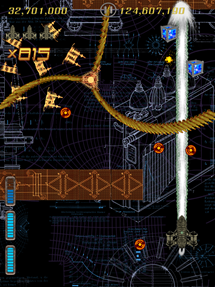 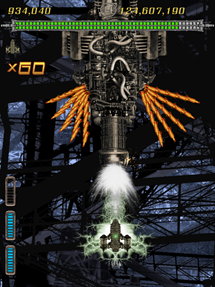 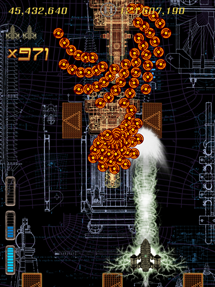 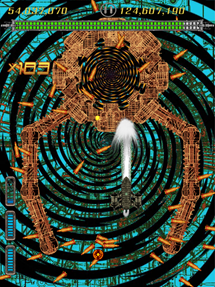 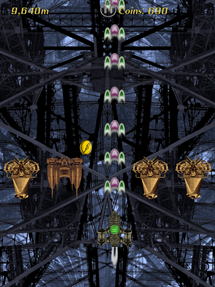 Hive is a much-loved card/board game, now given digital life on the Google Play Store. Graphics and implementation are a little basic, but if you're a fan of the insect-themed game, it should provide a bit of fun. Online multiplayer is included in addition to single-device turn-based play, but you'll need to fork over an in-app purchase to play the full version. Thankfully, it's just the single charge.

Hive™ is a board game with a difference. There is no board! The pieces are added to the playing area thus creating the board. As more and more pieces are added the game becomes a fight to see who can be the first to capture the opposing Queen Bee. The soldier ants battle to keep control of the outside of the hive, whilst the Beetles climb up to dominate the top. Spiders moving into holding positions as the Grass Hoppers jump in for the kill. Keeping one eye on the hive and the other on your opponents reserves, the tension builds as one wrong move will see your Queen Bee quickly engulfed; .... game over! 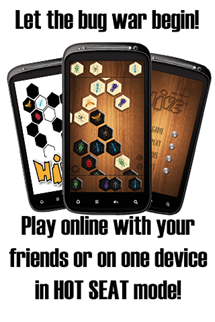 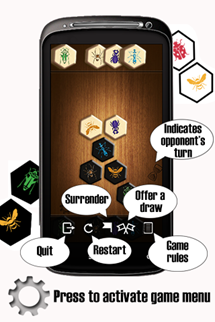 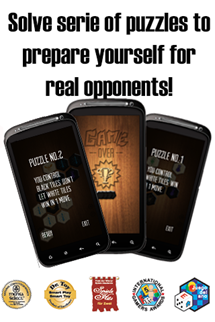