We've already seen plenty of HTC's One Mini for AT&T in the flesh, but a blurrycam can only go so far. Tonight, we've got one more treat – a crisp, clear press shot of the device.

While the shot doesn't hold much more information than what we already saw in our exclusive photos recently, it's interesting that the Beats Audio logo isn't sporting its typical red brand color (though the same is true for the press shots that have been released). The phone's Blink Feed screen has also been updated, showing different stories than the press shot we saw when HTC made the phone official, but that makes sense considering the location has changed to Atlanta from London. The date on both reads July 23rd.

Without further ado, here's the first press shot for AT&T's variant of the HTC One Mini: 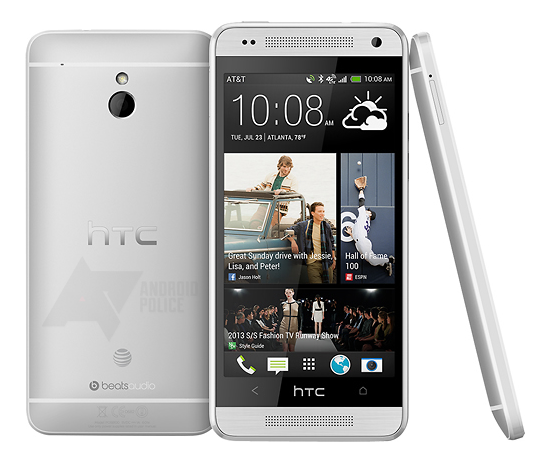 If you need a refresher, here's what to expect from the AT&T One Mini in the specification department:

[Hands On] Initial Impressions Of The 2013 Nexus 7