If you've ordered the 2013 Nexus 7 model from Best Buy, check your email - at least one Android Police staff member has received confirmation that the new tablet is ready for in-store pickup. Twitter was alight last night and this morning with some retail customers who managed to snag one off the shelves as well. Both 16GB and 32GB models are apparently being sold freely at at least some brick-and-mortar locations, at the standard $229 and $269 prices. 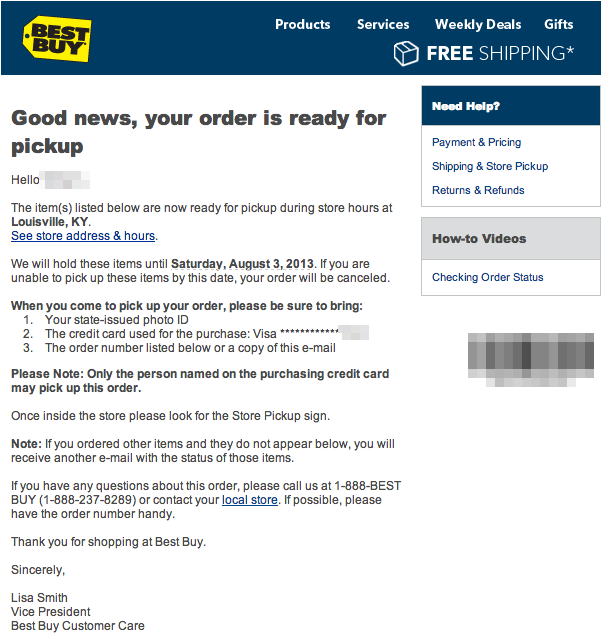 The Verge reports that at least one Wal-Mart store in Monroe, New York is selling retail units, and Amazon is offering 2-day shipping for July 30th, 1-day shipping for July 29th, and Saturday shipping for tomorrow, July 27th. (Here's the 16GB listing and the 32GB; it's a bit hard to find using the search feature.) Not bad at all, especially i f you're already an Amazon Prime subscriber. If you can't find a tablet at Best Buy or Wal-Mart, Staples might be worth a look as well. Neither of the new Nexus 7 tablets is available for order or pre-order on the U.S. Google Play Store at the moment. 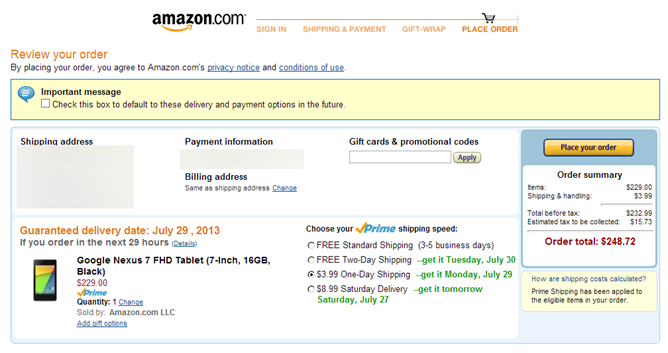 Tally ho, Android tablet buyers. Unfortunately there's still no official date for that nifty triple-carrier Nexus 7 LTE, which is currently occupying a $350 hole in my budget for August. We're expecting to hear more details about the LTE release plans within the next two weeks.

Source: The Verge - Thanks, Siva!