Over the weekend, CyanogenMod teased something called Nemesis, and we honestly had no clue what it was. Even now, after spending some time with CM team members who are working on the various parts of Nemesis, it still isn't entirely clear. What we do know, however, is how it will start, which may indicate what it could be.

Nemesis is going to be a multi-phase endeavor for CyanogenMod, where the team presumably tackles the features that have provided a less-than-stellar user experience in the past – the project's nemeses, if you will. The first – and probably most prevalent – is the camera experience.

Over the years, smartphone manufacturers have gone to great lengths to improve their cameras – modern-day smartphones are the new point-and-shoot, after all – but these enhancements are greatly diminished when you remove the custom software provided by said manufacturer. This, of course, is unavoidable when CyanogenMod is installed on a device, as any custom camera application is overwritten by the stock Android camera.

Today, CyanogenMod is unveiling its first step to change this. Meet Focal, the new CM camera app, and first phase of Nemesis.

Now that we've established what Focal actually is, let's take a look at it and what it's capable of. Before we get started, however, it's worth noting that this is an early preview of the app. Improvements and enhancements are constantly being added right now, and I've seen the app receive several updates and a massive amount of improvements over the last week of testing it. With that out of the way, let's get to it. 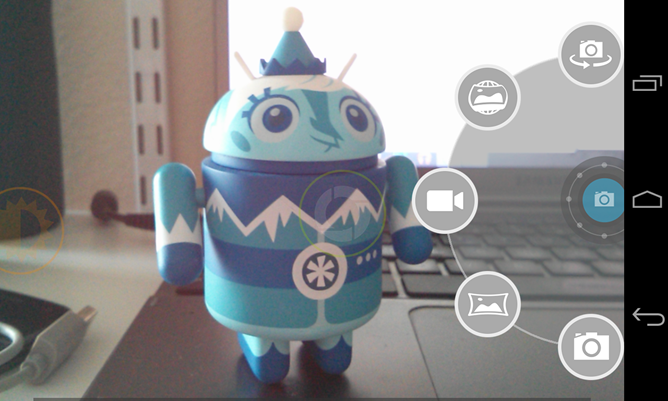 At first blush, you'll notice that Focal feels a lot like the stock Android camera – this makes sense, as CM has always stayed very close to a stock look and feel, even when heavier customizations come into play. It offers all the same features expected from stock Android – including Photospheres (dubbed "Picspheres" in Focal), Panoramas, and the ability to take pictures while shooting video. Tapping and sliding out from the capture icon will show the full list of available options: 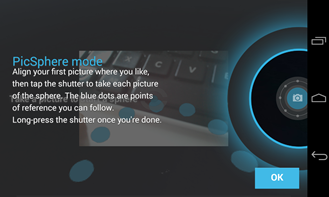 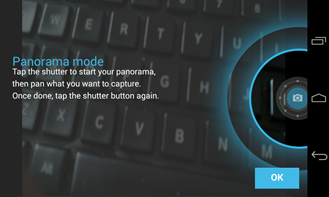 From there, however, it expands upon these features, improving and enhancing them throughout the entire experience. Of course, it's not just about taking what stock Android already does and nothing more – Focal includes a slew of its own features, as well. Here's a list of all the features found in Focal's menu, many of which have their own subset of options: 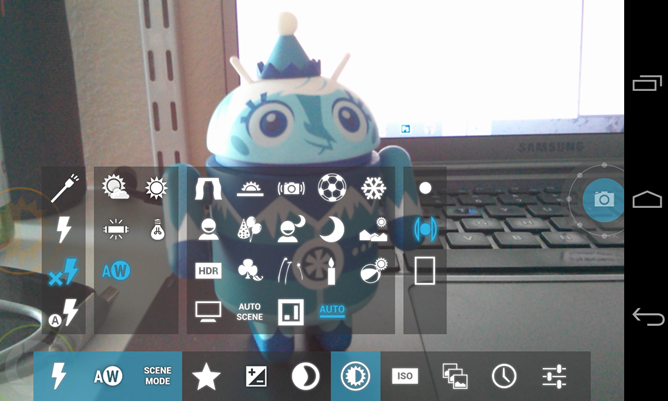 Like with most CM products, Focal is an intuitive product – if you can't figure out what one of the above settings is (since they're only represented by icons), simply long-press on it and the name will pop up on the screen.

Of all the features found within Focal – most of which are self-explanatory for anyone who's used a camera before – there are three I want to focus on: the widget chooser, auto-enhancement, and the exposure ring (all of which can be found in the settings option).

In the last two screenshots, only the exposure ring was moved – no other changes (including lighting) were made.

Now that we've covered everything Focal has to offer, there's another lingering question: how well does it work? Considering it's still very much in beta, I'd say it works pretty well. The CM team is, as always, working vigilantly to make it better and constantly improve it – they've been feeding us nightly builds for the past week, and I've seen it grow and change firsthand.

The bigger question, however, may be when can I get it? As long as everything continues working well, Focal should be merged with CM nightlies by this weekend – we'll let you know as soon as it's available.

Now, let's start thinking about what Phase 2 could possibly be...

MoDaCo.SWITCH Flips Between Stock And Custom ROMs: Now In Public Beta For The HTC One, Coming ...