Buying a laptop was a necessity, and so was that phone. Maybe you need didn't need the tablet, but you took a chance on it anyway, and it's been pretty fun. The e-reader was a tad pricy, but it's since made reading so much less of a hassle. All of those devices have crappy speakers, though, so a set of portable Bluetooth speakers was a must. We understand. We also understand how much of a pain it can be charging all those devices, and sometimes there simply aren't enough outlets within walking distance. That's why Bestek's wall charging station is a bit of a dream come true. This beast of a surge protector comes with six outlets, four USB ports, an iPod/iPhone dock, a location on top to store a device while it's charging, and a freaking night light. 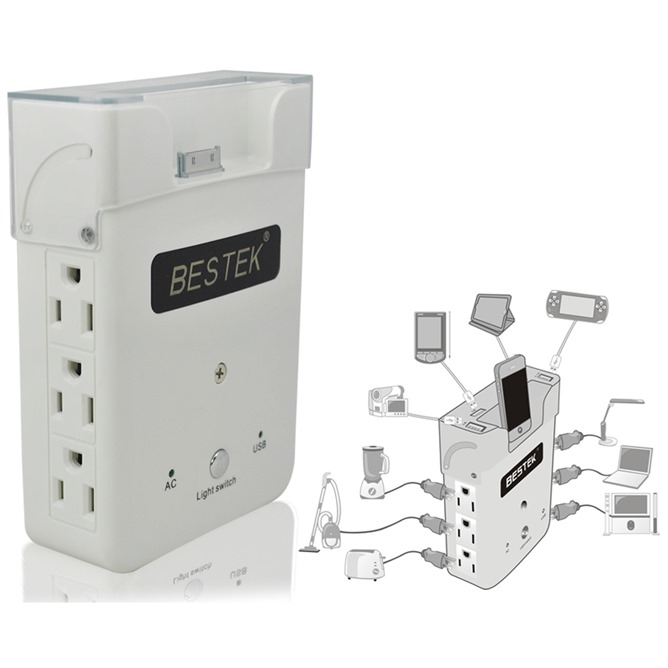 This is great for low outlets, particular those tucked behind desks that can hide the wired mess that will inevitably result. This isn't about organizing cables, it's about finding enough juice, and it gets the job done. Though, with a degree of self-control and moderation, it can still look quite nice. 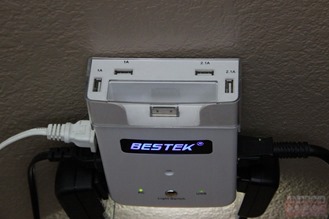 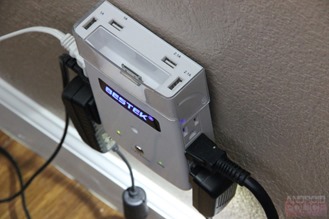 To top things off, the Bestek wall charging station is completely affordable. It only costs $19.99 on Amazon, which is around the same price as picking up any old surge protector from the local store. This offers all the same protections, but with USB ports included. And did we mention it has a night light?