As previously leaked, Verizon has a new mahogany hue for its Samsung Galaxy S4, and it's also showing up on Best Buy's site. The 16GB brown version is now available online only, at the same $199 on-contract and $649 off-contract prices as the black and white versions. But wait, those preview shots on the Verizon home page look a little... off. 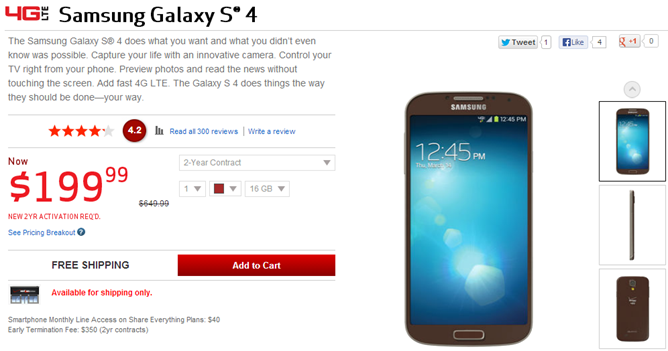 Compare the brown in the screenshot above to the much more subtle brown in the Evleaks press shot, to say nothing of the fact that only the front of the device is actually brown. The back looks identical to the black color that's been available since launch. Which is the right one? Verizon's shots don't inspire a lot of confidence, because they look like renders instead of photos (and not particularly good renders at that - zoom in to check 'em out). Best Buy has the Brown Autumn color listed, and the photos there match the previous leaks, brushed brown on black.

Also, check Samsung's listing of Verizon phones, and you can see the new brown color in the lineup. The image there matches the leak, not the renders on Verizon's site. 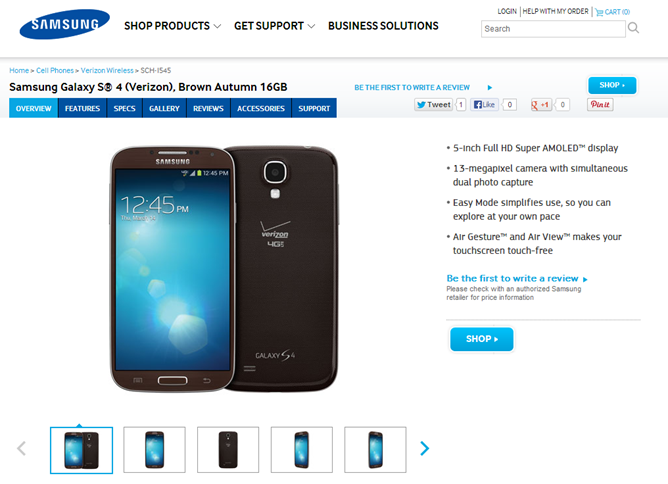 We're not trying to score a "gotcha" on Verizon or anything, but a few customers might be somewhat put off by receiving something noticeably different from what's described. I'm sure there's someone out there who is very serious about the precise shade of brown on their phone. And someday, I want to meet them. The Hour-Long Nexus 7 2013, Android 4.3, And Chromecast Event Is Now Available On YouTube