YouTube is not the only source of online streaming video. In fact, there are certain vids you simply won't see on Google's streaming video site. For times like that, there's LiveLeak. The website doesn't work very well on a mobile device, but now there's an app. It's unattractive, and works in a somewhat bizarre way, but it's still an improvement. 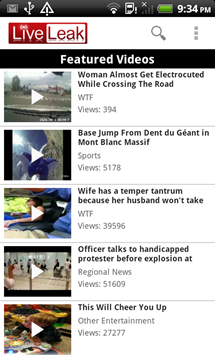 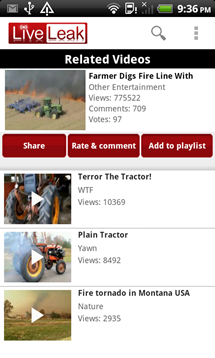 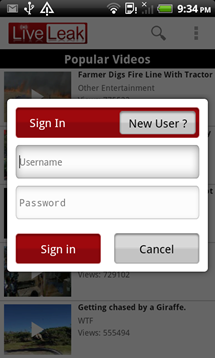 The LiveLeak interface is just a long list of videos in various categories. There isn't a coherent navigation system, either. All the areas of the app are in the action bar menu – at least there's an action bar, though. When you find a video to watch, LiveLeak doesn't actually play the clip directly. Instead, it opens the stream in your device's stock video player. 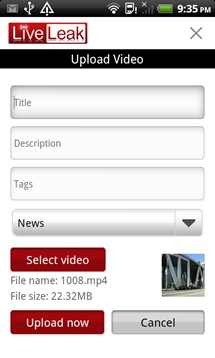 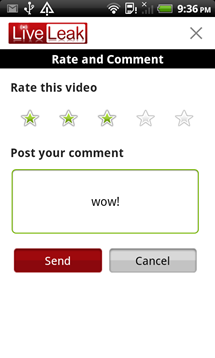 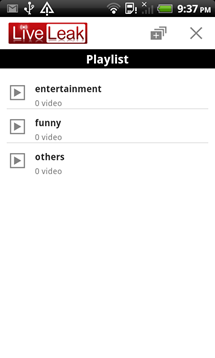 You'll find a strange collection of UI conventions in this app (are those Froyo buttons and stars?), but it's a better way to watch LiveLeak videos than the website on Android. 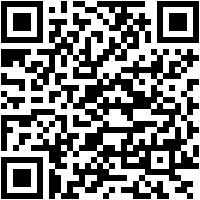