You may have noticed that Google's shiny new Chromecast streaming gadget has suddenly become a bit popular. The combination of easy streaming and a cheap $35 price sticker has made the dongle a hot ticket, already backed up by three or four weeks on the Play Store, periodically sold out at Amazon and Best Buy, and selling for insane markups on eBay. Google has noticed too: according to a report by the LA Times, they've decided to end the Netflix promotional giveaway, which bundled three months of streaming video service (a $24 value) with the device. 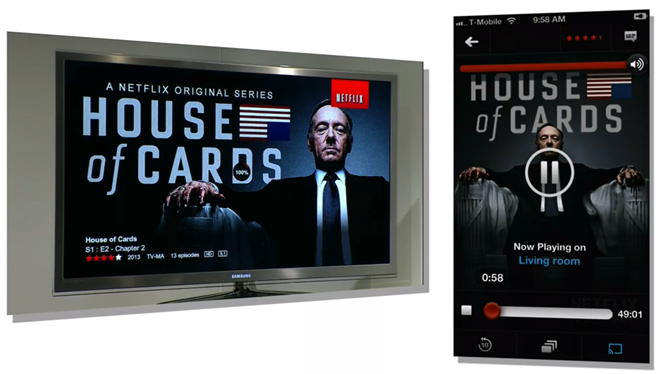 Due to overwhelming demand for Chromecast devices since launch, the 3-month Netflix promotion (which was available in limited quantities) is no longer available.

A few of us at Android Police have gotten our hands on Chromecast already, either through retail outlets or overnight shipping from Amazon. None of us have seen details on how or when the promotion could be redeemed - we'd guessed some sort of email confirmation after installing, but no dice. There's nothing included in the sparse retail packaging, and all mentions of a promotional Netflix offer have disappeared from the Play Store.

The deal was particularly attractive because it applied even for current Netflix subscribers, who were in the target demographic for Chromecast anyway. If Google had a set number of promotional subscriptions to give away, they're gone now. If you've managed to redeem three months of free Netflix service, congratulations - feel free to brag in the comments section.

Update: Commenters say that a Netflix promotional code was sent out via email for those who ordered their Chromecast units before 1PM Pacific time. If you haven't gotten one yet, you probably won't, though it might be worth giving Google Play Store support a call (1-855-83-NEXUS, 1-855-836-3987) if your confirmation email came in before the cut-off time. Thanks to everyone sharing info in the comments section.

Update #2 7/26/13 12:18am PT: Google just updated the Chromecast page with this clarification: "Please note that the Netflix promotional offer (which was available in limited supply) has now ended. Orders placed before 1PM PST on 7/25 will receive their promotion code once their order ships."