Google Hangouts hasn't had any major changes since its debut earlier this summer, but the latest version of the app adds some interesting tweaks. Google's new, annoying habit of staged rollouts means that a lot of people don't' have access to the updated app, even though it started becoming available on the 23rd. The indefatigable Ron Amadeo had a look inside, and found it to be a housecleaning update, with a lot of tightened code and only a few new features. 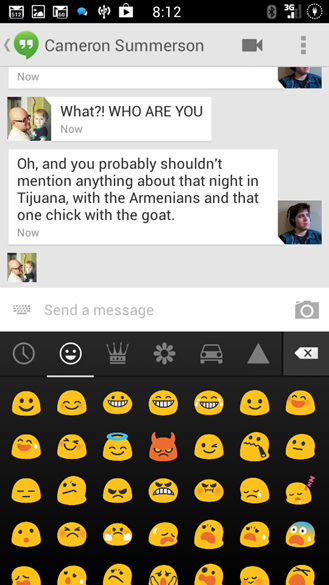 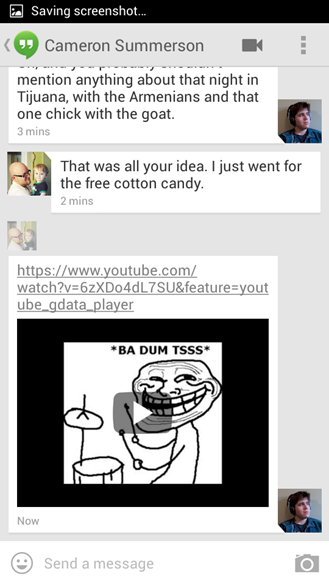 The user interface has been given a few tweaks, most notably a slightly updated animation for the emoji insert and bigger, better YouTube thumbnails. Placeholder profile picks have been given a splash of red coloring as well. If you've confirmed your cell phone number with Hangouts and also have a Google Voice number associated with your phone, you'll see both in the settings menu.

Ron also found some references to a "Pano Launcher," which has popped up in Google Play Services before. This doesn't appear to be part of anything functional just yet. At the time of writing there's no official changelog for 1.1.

If you don't see the update to version 1.1 of Hangouts, you may want to just hold tight - everyone should be included in the rollout over the next few days. It's not as if you're missing anything big . If you just can't wait, the APK is available for download and manual installation here.