Welcome to the latest entry in our Bonus Round series, wherein we tell you all about the new Android games of the day that we couldn't get to during our regular news rounds. Consider this a quick update for the dedicated gamers who can't wait for our bi-weekly roundups, and don't want to wade through a whole day's worth of news just to get their pixelated fix. Today we've got a space-based tower defense game, and interesting take on the strategy RPG, a drag racer with an uncommon Z-axis, and a Risk clone with Axis powers. Without further ado:

Ionage is an interesting proposal, a hardcore 2D mix of tower defense and tower offense. You'll need to meticulously manage your resources to expand your empire in a series of planets, recruiting specialized soldiers to enhance your army's abilities. Strategy fans should be well at home, though those who crave a little action may feel left out in the cold. In-app purchases are present in this free game, but the goods you receive are permanent.

Ionage is an Android exclusive, space real-time strategy game where you use giant floating space platforms to do battle in a steampunk themed story of galactic conquest! You are the leader of the Dakota - the last remaining tribe in the Sol System. After decades of fighting, the other tribes have all left the Earth, one by one, to seek out new riches among the stars. It now falls to you, as the new leader of the Dakota, to lead your tribe's fleet of nomadic space platforms out into the galaxy to achieve greatness!

In both the tactical and RPG genres, novelty is something that's far too thin on the ground. Thankfully, Pixel Defenders Puzzle has some new ideas for both: your typical RPG party mixes up turn-based fighting with puzzle elements. There's not much in the way of story - it's all about the fighting here - but an endless made on top of the standard assault mode should keep gamers busy.

A unique game of strategic matching and RPG battling! Place, match and thwack your way through dozens of gorgeous retro-style levels, a variety of game-modes and special hand-crafted scenarios. Pixel Defenders Puzzle is an innovative hybrid of match-3-puzzler and RPG-battler. Match pixels to create Defenders and protect princesses, kings & queens from waves of fiendish enemies! 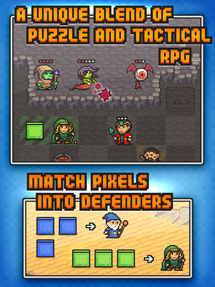 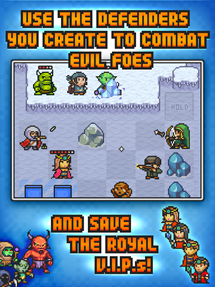 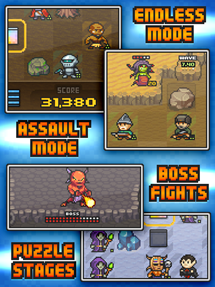 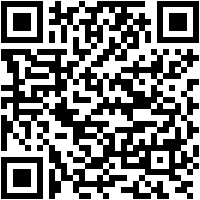 If you ever shot your Hot Wheels off the highest counter you could find without heed for their tiny axles, this game might be for you. It's not a racing game in the traditional sense, instead mixing in mobile-friendly drag racer controls, but the addition of verticality in huge amounts should give players a new perspective. Online racing is included, but be on the lookout for some pay-to-win IAP tactics.

Get ready for the ultimate drag race. Huge jumps, awesome cars and crazy race tracks. Choose your dream car, select your racing upgrades and tear through city streets, deserts and deadly canyons. Have you got what it takes to jump your way to victory? RACE ONLINE WITH MULTIPLAYER - race other players from around the world and work your way up the rankings.

1941 is a copy of Axis & Allies, a notable take on the Risk-style warfare board game. It's getting decent Play Store reviews, thanks to good mechanics and high-res sprite graphics. Nine units across land, sea and air with five nations helps to keep things interesting, and the touch interface is well-suited to tablet gameplay. "Hot potato" local multiplayer is the best way to have fun, though you can play against the AI if you're solo.

1941: Axis & Allies is an Android strategy board game based on the conflicts of World War II between the Axis powers (Germany / Japan) and the Allies (Russia / UK / America). This legendary war is carried out over 57 land territories and 48 sea zones, and includes 9 different units like infantry, tanks, bombers and battleships. Conquer the enemy and claim victory by destroying their armies and capturing their capital cities! In digital form 1941: Axis & Allies supports 5 players over two teams, in local pass and play format combined with an advanced AI if desired. 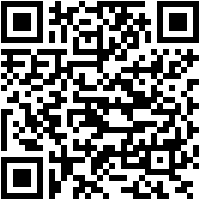 XXXHDPI Spotted In 4.3 Source: Prepare Your Eyeballs For Android In 4K Resolution