While we aren't going to claim benchmarks are any kind of end-all measurement for real-world performance, there's little denying many people take a lot of stock in such utilities when purchasing a new device. The new Nexus 7, which is now packing basically the same chip as the Nexus 4, should provide a major performance boost over its Tegra 3 predecessor. But just how much of a boost? Google quantified it as 1.8x CPU performance, and 4x GPU performance. Let's see what the popular holistic benchmarking app Geekbench 2 has to say about that, along with the memory benchmark Androbench.

Below, you'll see the overall scores and integer, floating point, memory, and stream category breakdowns for the two N7s. On the left is the old Tegra 3 N7, on the right is the new Qualcomm S4 Pro N7. (Note: it says the Qualcomm version is Tegra 3, it's not. Geekbench just hasn't updated the device profile.) 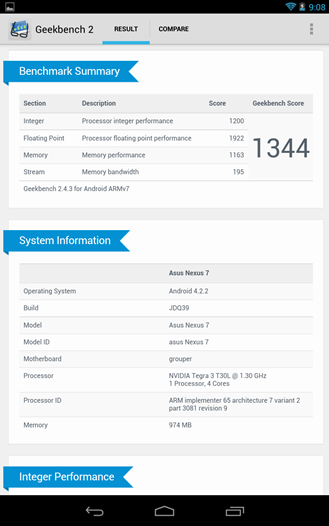 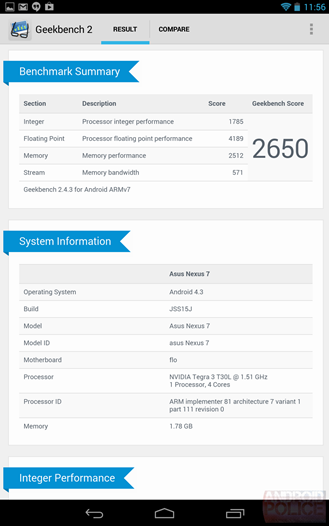 The new N7 near as makes no difference doubles the score of the original, particularly running away with it in the memory and stream subscores. The new N7 nearly triples the stream score of the 2012 version, and more than doubles its memory score. No real surprise there - the original Nexus 7 has long been maligned for its poor RAM and internal storage performance. See the additional screenshots below for a more detailed breakdown in individual categories. Again, the new Nexus 7 is on the right, the old on the left. 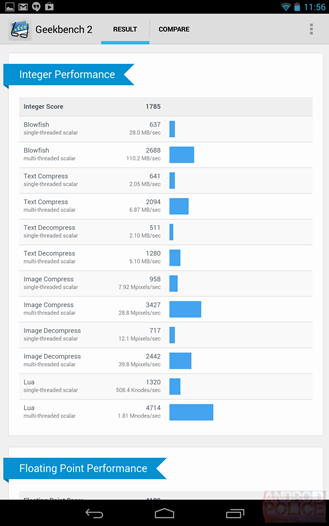 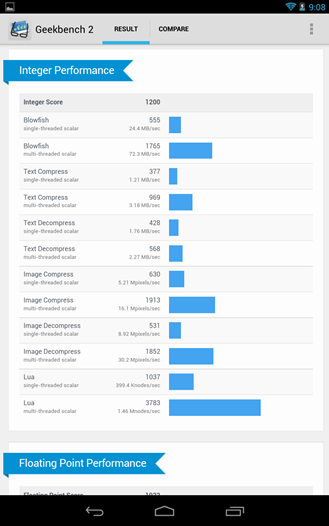 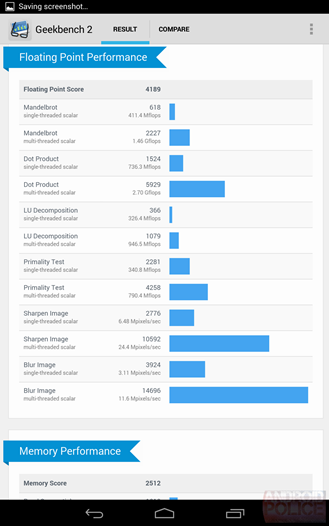 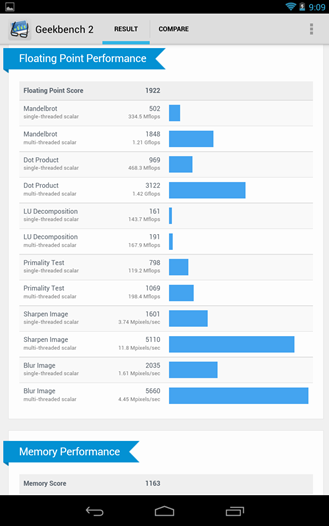 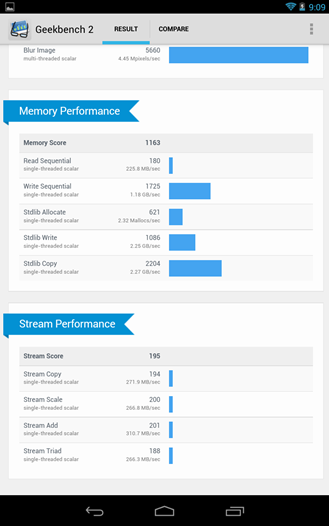 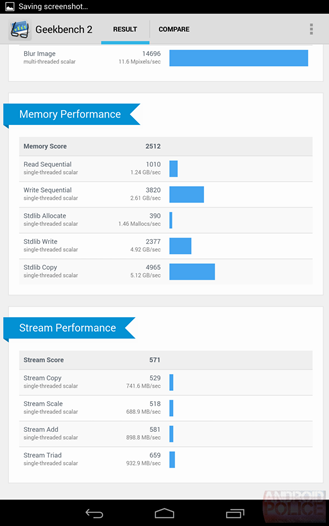 I ran Geekbench 2 on the older Nexus 7 on both Android 4.2 and 4.3, and the results were basically the same. 4.3 imparted no performance improvements over 4.2 (in fact, 4.3 was negligibly slower). Finally, here's how each device sits on the Geekbench 2 comparison page. 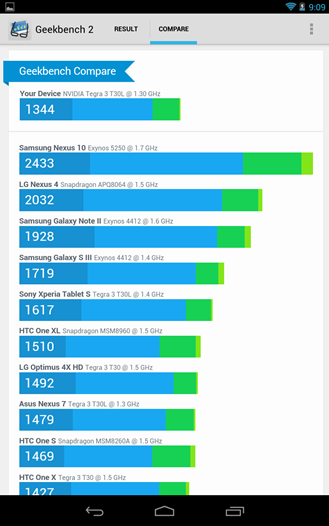 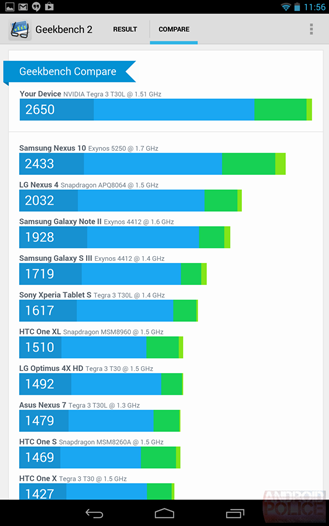 This is what we're all probably more interested in: has the new Nexus 7 been given the speedy internal storage the original so desperately needed? I think the results in Androbench speak for themselves. 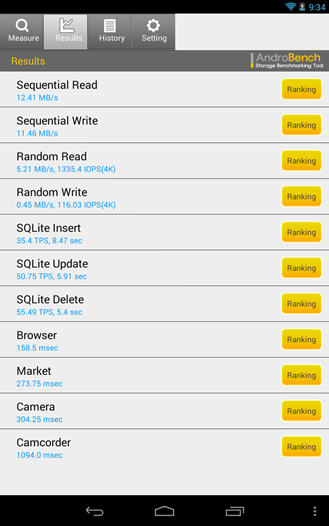 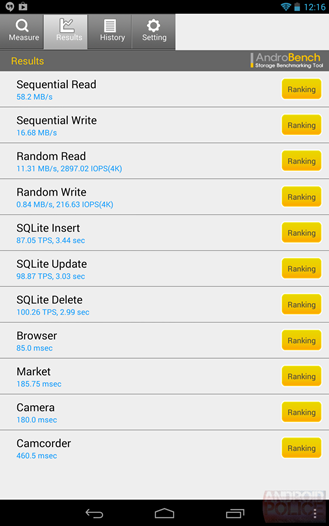 The new Nexus 7 is nearly five times faster on sequential reads, 2x faster on random reads, and about 1.5x faster on both sequential and random write operations. SQLite performance appears around double that of the first gen N7, as well. That sounds promising.

Take all of these numbers for what they are, though: numbers. Real-world performance is very difficult to quantify, and it's hard to say based on a few bar graphs and speed tests just how much faster the new Nexus 7 will feel than its predecessor. Given that it's running basically the same chipset as the very smooth Nexus 4 (albeit at a higher resolution), I'm pretty hopeful. We'll have to wait until the reviews and user reports start pouring in to be sure, though.

The Hour-Long Nexus 7 2013, Android 4.3, And Chromecast Event Is Now Available On YouTube