Google's brand-new Android gaming hub has its own app, and you can get it in the Play Store right now, just see the widget below and start downloading! Check out the announcement post to learn more. 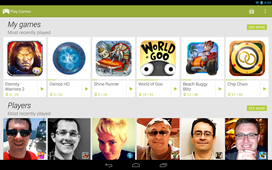 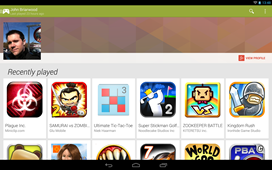 Basically, Google Play Games will serve as a hub for your gaming achievements, friends you play with, and the games you play. It will also serve as an extension to the Play Store as a way to discover new games, which is something I think we've all wanted for a while. You can also join multiplayer games directly from the app, which is convenient.

There don't seem to be many new features specific to the Play Games app itself, but now at least you know where to find all of your Android gaming stuff.

Chromecast Is Official: Costs $35, Sends Video, Music, And Chrome Tabs To Your TV, 3 Months Of ...