Welcome to the latest entry in our Bonus Round series, wherein we tell you all about the new Android games of the day that we couldn't get to during our regular news rounds. Consider this a quick update for the dedicated gamers who can't wait for our bi-weekly roundups, and don't want to wade through a whole day's worth of news just to get their pixelated fix. Today we've got an impressive space strategy game, a platformer that encourages you to die, and a ruthless roguelike. Without further ado:

Com2Us has localized some impressive mobile games before, but for strategy buffs, this one takes the cake. Galactic Heroes is a real-time strategy game, a bit of a mix between Starcraft and Civilization. You'll have to manage resources, build planetary bases, and strengthen your navy to engage the enemy, with recruitable hero units throwing variables into the mix. We're wise to this developer: this is a free game with some fantastic production value (even if you're likely to encounter some broken English) but expect a big IAP push.

Fight for resources and conquer the universe in this thrilling Sci-Fi Strategy game, Galactic Heroes! Experience the race for survival between the Federation of Empires and the Liberty Alliance as they clash to gain control over rare and essential minerals throughout the Universe. Numerous heroes, each with their own potentials and special skills are in search of a leader who can lead them with charisma and vision. Identify and develop the potentials of the legendary heroes and conquer the Universe.

You've got to give this game credit for originality: most platformers don't encourage players to kill themselves, but this one uses it as a game mechanic. A cat and a janitor have to get through a museum, and the big guy can (and will) die multiple times to get through the levels. There's a bit of basic fighting, but the core of 9 Lives is exploration and puzzle-solving. Graphics aren't great, but should fare well even on low-end hardware.

What happens when a bumbling museum security guard and a sassy temple cat break a golden idol and fall under the curse of Bastet, the ancient Egyptian cat goddess? The unlikely team of Casey and Sphynx must solve the mysterious puzzles and restore the broken idol of Bastet before their nine lives run out! Based in a local museum showcasing the ancient Egyptian tomb of Bastet, you can play on your own or with a friend and navigate the misfit duo through a maze of action-packed puzzles where death is sometimes the only option.

Fans of the roguelike genre (permanent player death, moving in turns, randomized stages) tend to enjoy a level of challenge that would frustrate the hell out of lesser gamers. Don't expect much help from a tutorial, either. If you like your games twitchy, baffling, and monochromatic, like a goth Tupperware party, give Ending a start.

Ending is a single player turn based puzzle game about movement and death. Recommended for people who like board games, chess and roguelikes. 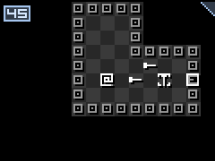 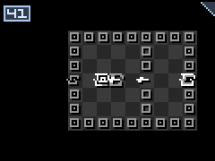 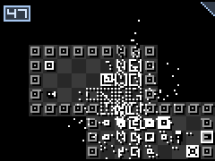