The new Nexus 7 is no secret. It's been leaked, leaked, and leaked again. But up until today, we hadn't seen the actual device in the flesh. One lucky soul was able to get his hands on a retail version of the new N7 and has provided us with essentially every angle, pose, nook, and cranny of the device – he even offered up a couple of pictures of the box.

Without further ado, we present the new ASUS-made Nexus 7. 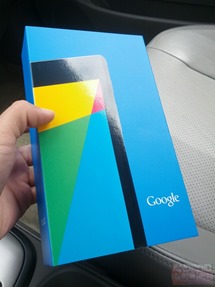 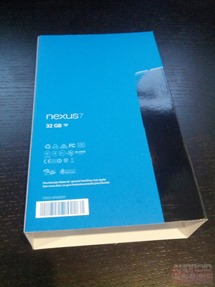 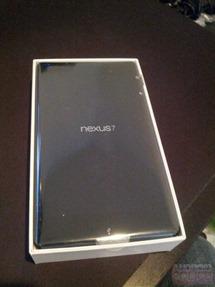 As you can see, it looks exactly like the press renders that we saw a few days ago, but let's take a closer look at the details as they are. This go, Google decided to include a 5MP rear camera on the device, as well as the interesting choice to flip the Nexus logo on its side. You'll also find the speakers on either side/end (depending on orientation) on the back of the unit, with the headphone jack on the top (when in portrait), microUSB port on the bottom, and power button/volume rocker in the same place as the current Nexus 7. According to our tipster, the back feels very similar to the Nexus 10 – we have comparison shots of the two down below – which is a sort of rubbery/tacky texture.

Of course, pictures are dandy – but you want to see this beauty in action, no? You're in luck, we have a video!

But we're not finished just yet – we've got a slew of benchmarks and all the hardware information you could possibly want coming up!