Well, not you, personally. It's an Indiegogo crowdfunded campaign that's asking for $32,000,000 from a variety of users... starting at $600 for the hardware. (And that's a one-day early bird special.) Canonical founder Mark Shuttleworth describes Edge as a Formula 1-style testbed for new ideas in both software and hardware. Basically, it's one of those wild concept devices you see bandied about at trade shows. But Canonical and Ubuntu want to make this one real. 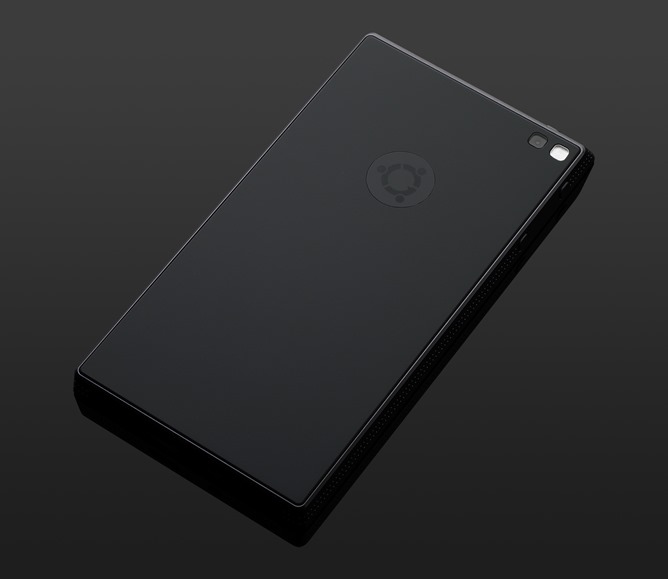 The $32 million goal would shatter records for crowdfunding. According to the description, it's so large because they need to "produce enough volume to bring the unit costs down." But if their goal is big, their dream is bigger: Edge will be nothing less than the most advanced, flexible mobile hardware and software combination in the world, if it ever sees the light of day. Some of the specifications for the device are a bit pedestrian: a 4.5-inch 720p LCD screen (the better to swipe with), 8MP/2MP rear and front cameras, 9mm thickness, et cetera. But some aren't. Canonical wants to shove (at least) 4GB of RAM and 128GB of Flash storage into this thing, to say nothing of dual LTE radios, stereo speakers, and a next-generation silicon-anode battery.

It's hard to deny that the hardware is beautiful. The phone body is a single piece of metal, with (and we're not making this up) "precisely chamfered edges for the optimal grip and perfect control of the edge gestures." Easily the most impressive part of the fantasy hardware is a full sapphire crystal screen - that's the synthetic crystal they use for extremely expensive wristwatches. It can only be scratched by two tickets to that thing you love. Crazy dream or not, this is what the RAZR wants to be when it grows up.

And of course, the phone will dock with a desktop monitor, mouse, and keyboard to boot into a desktop environment, while still being able to run either Ubuntu or Android on the phone itself. Users can switch between Android and the native Ubuntu at will, though there's no word on important Android stuff like Google Play Store support. Unfortunately, the description mentions that desktop docking in Ubuntu smartphone will only come after a post-launch update - apparently ten months isn't long enough to get it quite ready. 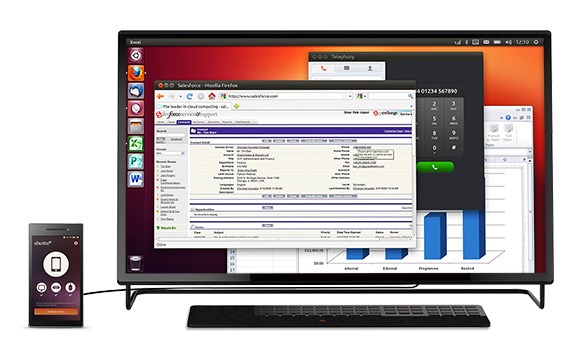 Edge is a limited-run, ultra-premium device, and if it's made, it probably won't ever be sold via a carrier. At the moment the only plans for hardware are through the Indiegogo campaign itself. The $600 donator level is for today only, and includes one phone (and free shipping!). After today the price for a pledge phone goes up to a whopping $830. The next donation level is $10,000 - that's ten, with a "thousand" behind it - for one of the first 50 individually-numbered Edges. You'll also get email access to the design team (they don't have to listen to you) and a VIP invitation to the unveiling event. For the low, low price of $80,000, you can get 100 edges for your business, 30 days of free workshops, and a pony and a plastic rocket free support for 30 days.

You can also donate $20 for a pat on the back. You have thirty days to contribute: the campaign ends on August 21st. 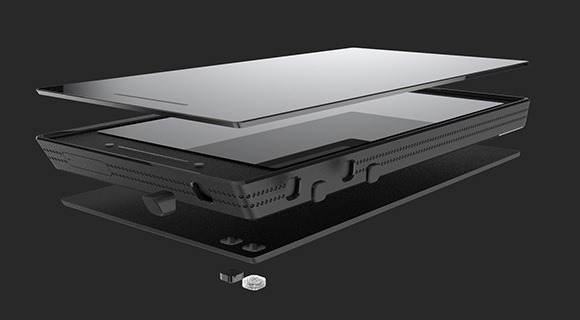 If Edge is successfully funded, Canonical hopes to deliver the hardware in May of 2014. A lot of things can change in ten months, and the finer points of the design aren't even finalized at the moment... like the processor. But if you'd like to lay down $600 for the promise of the coolest open-source phone on the planet, go for it. If the plan is successful, Shuttleworth says that they may do yearly runs of new Edge hardware.

The future of mobile Ubuntu does not depend upon the Edge campaign. Canonical is still developing the operating system and desktop syncing components, and plans to have it ready to license to device manufacturers in 2014. Edge is sort of a pie-in-the-sky dream for them, and they're just hoping that the Ubuntu userbase and larger open-source community is inspired enough to give them the money. Lots of it. Thirty-two million dollars.

Update: After a bit more than 24 hours, the Ubuntu Edge campaign has raised $3.4 million, securing more than 5,000 individual phone pledges and three $10,000 backers. This would put the project on pace to comfortably reach its goal, assuming that donations continue at the same rate.

I'm still pretty skeptical that this will go through. I'd guess that the majority of those who will donate already have thanks to the first-day incentive, and I'd be very surprised if the total pledged amount surpassed $10 million. But I'm prepared to put my money where my mouth is: our fearless leader Artem (who digs the Edge, by the way) and I have a wager. If the Edge reaches its goal, I'll buy him one. And if it doesn't, he'll buy... hang on a second, I've got a call to make.