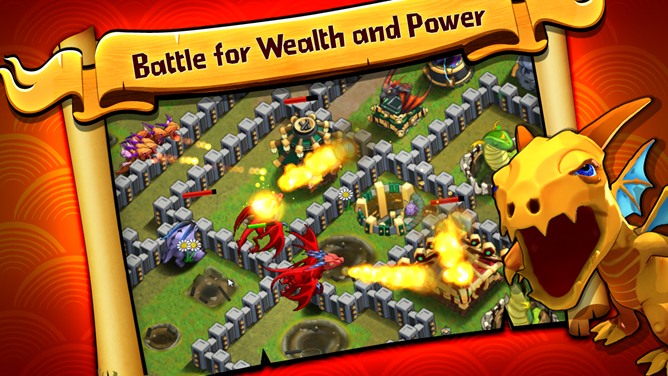 Battle Dragons is an online top-down strategy game where you build an army of dragons. Your army then does what massive fire-breathing reptiles do best - raze enemy structures and the forces that guard them. As any self-respecting game of this type would demand, you will then take their resources and use them to make your own army even larger. Since this is an online games, opposing armies belong to other players, and their may be hurt feelings involved.

Battle Dragons features over 43 different buildings to construct and over 10 types of dragon units to unleash. It looks like a good diversion for fans of Spacetime Games that are tired of the usual RPG grind. Have at it - it's free.