I've never been a huge fan of racing games, but there's always been something about Hydro Thunder that captivated me. As a teen, it was one of my favorite games, and I've kept up with the franchise as much as possible over the last several years. Naturally, this means I've spent a more-than-ample amount of time playing Riptide GP, the mobile-equivalent to Hydro Thunder.

The first Riptide was one of my favorite games to emerge from the Tegra 2 era, and Vector Unit maintained fantastic support over the past two years, even updating it to support enhanced graphics on the Tegra 3 chip. Riptide's sequel is now available (as of today), and it doesn't just build upon what the original started, it also brings an incredible amount of new customizations, tricks, tracks, racing types, and more. 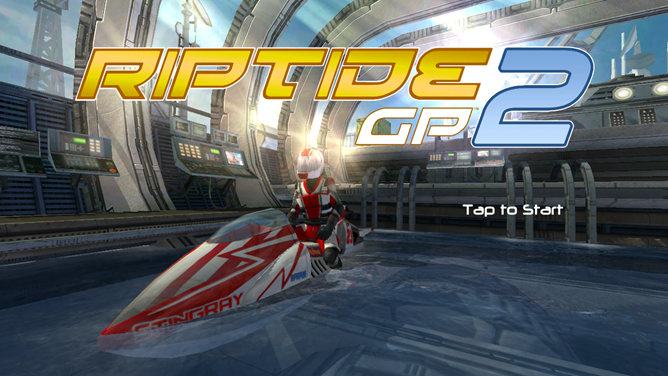 I was able to test Riptide GP 2 on multiple devices: non-Tegra (ASUS Memo Pad 7), Tegra 3 (Nexus 7), and Tegra 4 (SHIELD). I'm happy to report that the graphics are absolutely stunning on all three devices (especially when compared to the original Riptide), though the Tegra 3/4 optimizations definitely stand out when compared to the non-Tegra version.

When it comes to graphics – and for that matter, gameplay – GP 2 is familiar, but also a whole new experience. With the original Riptide, you raced, earned new hydro skis, and raced some more. It was quite simple. With GP2, it's a whole new world – there are more types of races, loads of customizations, new jetskis, and paint choices. There are three types of races in GP 2: standard race, which is exactly what it sounds like; elimination, where the racer in last place gets eliminated every 15 seconds; and hot lap, a solo race where you have to complete a single lap as quickly as possible. Each one is fun on its own merits, and the changeup adds a bit of flavor over race-after-race-after-race. There's also all-new online play, but since I was testing a pre-release version of the game I wasn't able to give it a try (because there was no one to play with!).

While the graphics are fantastic and the features a-plenty, there's one more thing about GP 2 that is immediately noticeable: it's far more difficult. That's actually a breath of fresh air, as it was almost nothing to get first place on every race in the first GP. Even the "hard" tracks were pretty easy. That's not the case with GP 2, as the computer racers actually offer a challenge, the skis start off with less-than-spectacular specs (which is why you upgrade them – more on that below), and each track offers something new. I love it.

Like the original, GP 2 has three different control schemes: tilt, on-screen buttons, and game controller. Tilt is the default option, but if you have a controller connected (or are using SHIELD), it automatically detects that and switches schemes. If you prefer touch controls, there are two to choose from: A, where you touch the sides of the screen to steer; or B, where virtual controls are placed at the bottom. All the control schemes work well, so just go with what feels the most natural to you.

GP 2 also features Google Games integration, so you'll be able to pick up where you left off regardless of how many devices you have. 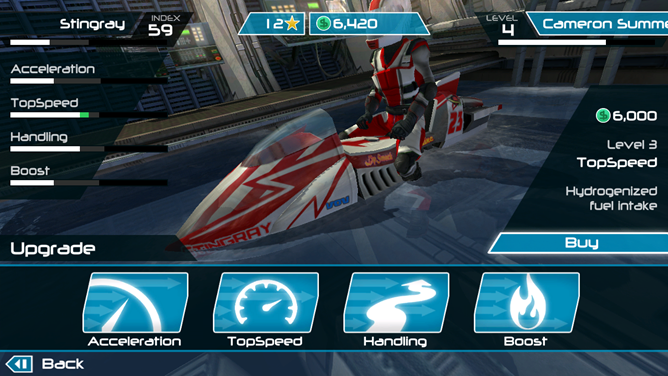 Unlike with its predecessor, you don't just earn new jet skis in GP 2, you must buy them with money that you earn from racing. Like with most games of this nature, the higher you place, the more dough you make. You can also do the same races multiple times to get more money and experience. Speaking of, did I mention that you can level up in this one? Yep, and each level gets you one skill point so you can "learn" new tricks – the more difficult the trick is to land, the more boost it gets you. 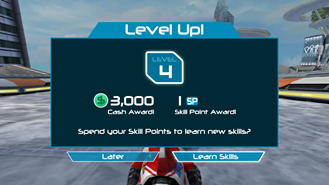 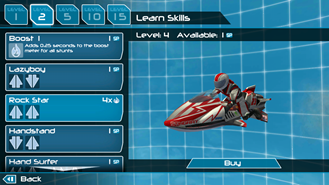 And there's your jet ski. Naturally, you start off with the worst possible piece of kit and you have to place in races to get money and upgrade it. The upgrade process isn't unreasonable – you can start enhancing top speed, handling, acceleration, and boost almost immediately. Given how terrible the hydrocraft handles right out of the gate, I opted to improve in that area first, but you could always just go for pure speed and hope for the best. 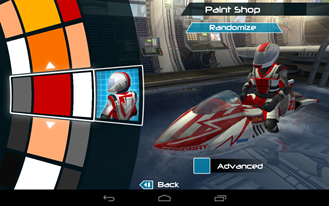 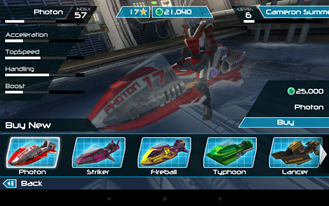 It's not just about practical upgrades, however – you can also define the color scheme if your ski. This feature is actually free of both in-game and physical currency, so feel free to change it often. It's a rather basic setup: you select three different colors for accent, primary, and secondary colors, and it changes everything automatically. Overall, that's just a really nice touch that I'm glad Vector Unit decided to toss in. Everyone loves customization!

Of course, you don't have to keep the same jet ski the entire game – there are seven others to choose from, ranging from $25k to $300k of in-game currency. The latter will take a lot of first-place races to get, so naturally, there's an easy way out: in-app purchases. You can buy different levels of in-game currency for real money; packages range from $50k for $1.99 to $5m for $99. If you're willing to spend nearly $100 for in-game currency, however, you have entirely too much money and we should become friends. 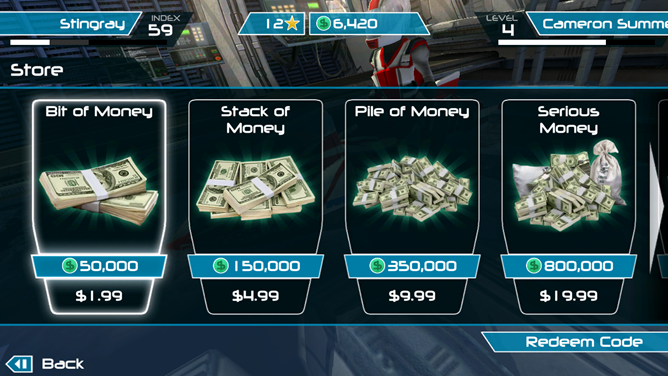 Honestly, I found the IAPs to be extremely reasonable. After three days of casual play, I'm a level six, have been upgrading my initial ski along the way, and have still managed to collect another $21k in winnings. Let me put it this way: if you actually enjoy playing the game, then there should be absolutely no reason to ever buy any additional in-game currency (unless you just want to), because it can easily be earned by racing. At no point have I felt like I need to spend real money to upgrade my ski (or buy a new one), because the game itself provides a very reasonable amount of funds, and the races, while challenging, aren't so difficult that there's a need to pay real money to upgrade. 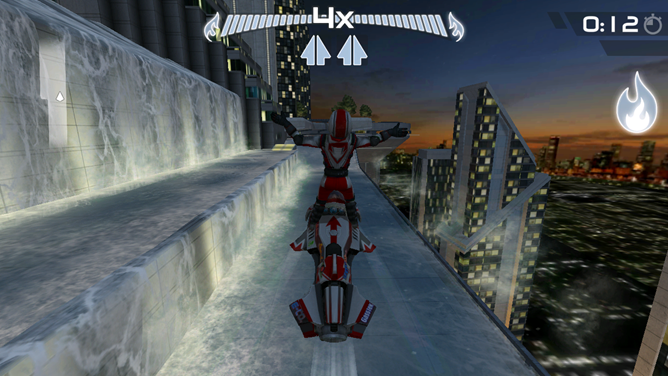 I've been excited for Riptide GP 2 since we first heard about it back at CES this year, and it easily surpassed my every expectation. The gameplay is faster and more challenging, a slew of new features and goals have been added, and it's just overall more fun than its predecessor. My final verdict is this: if you love the original, then this GP 2 is a no-brainer. If you like racing games with a good challenge and no over-the-top IAPs, then GP 2 fits the bill perfectly. If you just happen to like fun, then GP 2 delivers.

Basically, either way you go it's easily worth the $3 asking price.