Google is set to (probably) announce the new and improved Nexus 7 tomorrow, but we've been taking a look at the device ahead of time. Some of the specs from previous rumors were dead on, and some not so much. We've got all the details and benchmarks right here. So let's dive in.

As expected, the new Nexus 7 has a 1920x1200 screen (reported as 1200x1824 because of the on-screen nav bar) That should look great on a 7-inch device – it works out to 320 PPI. Inside is a Snapdragon S4 Pro quad-core clocked at 1.5GHz. If that sounds familiar, it's probably because that's exactly what the Nexus 4 runs. Something else the new N7 and N4 have in common is RAM. Yes, the rumors were off in this case. The new Nexus 7 has 2GB of RAM. 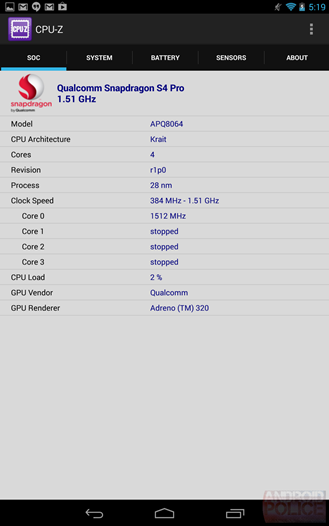 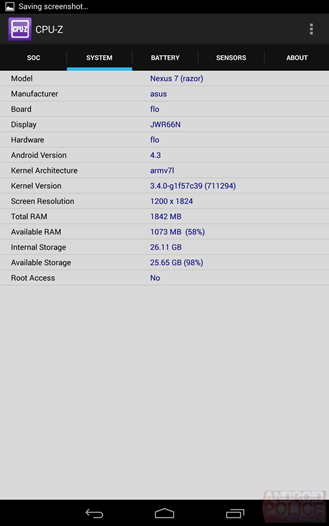 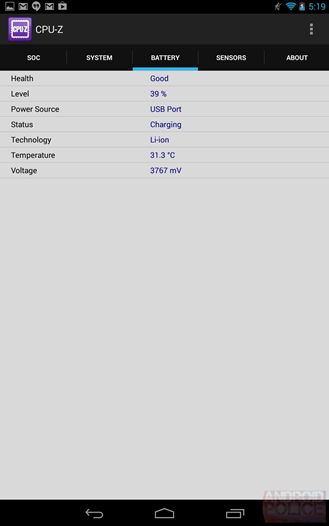 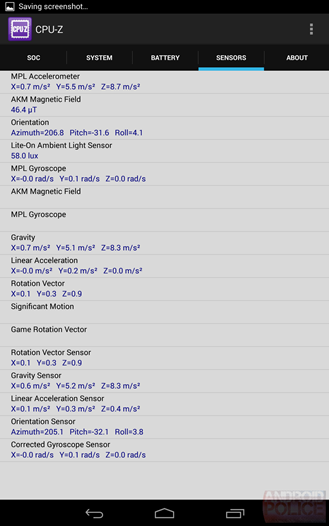 The device codename this time around is Razor (last year's N7 was Nakasi). The board ID is Flo, which is the replacement for Grouper from the last Nexus 7. You can peruse the full build.prop right here. The bootloader version is FLO-03.05 on the retail device (see below). 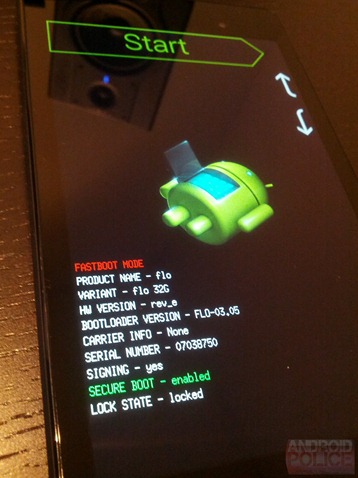 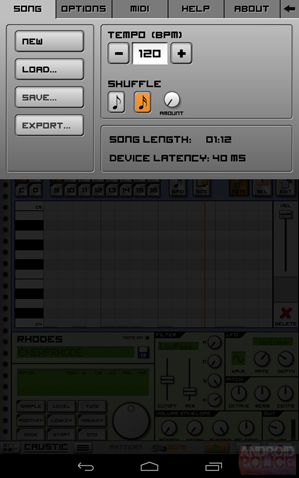 The new Nexus 7 runs Android 4.3 out of the box (build JWR66N). One of the first things we wanted to find out was whether or not Google fixed the audio latency issues in Android. Well, it has been improved, but not to the point that it's usable. Current Android devices see latency in the neighborhood of 80-90ms. The new N7 is sitting at about 40ms as tested in Caustic 2. You really want things to be under 10ms for good music apps.

AnTuTu is a full system benchmark that takes into account processor speed, storage, memory performance, and graphical power. Phones running newer Snapdragon chips, both S4 Pro and S600 are pulling in overall scores in the neighborhood of 16,000-22,000. The Nexus 4 is usually smack in the middle with 18,000. The HTC One pulls in about 22,000, but that's not surprising with the Snapdragon 600. 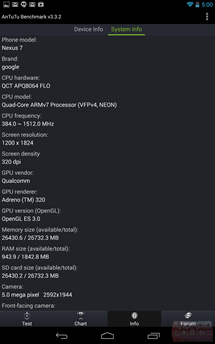 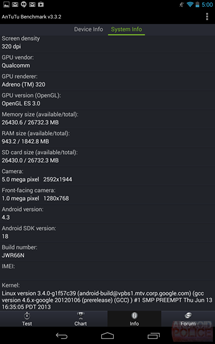 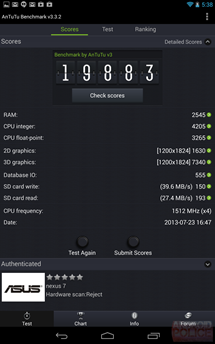 Where does the new Nexus 7 fall? Right about where you'd expect at about 19,000-20,000. Just a little better than the Nexus 4. The floating point calculations are a bit diminished on the Nexus 7 compared devices with newer chips, but that's not really going to affect your life.

Quadrant is similar to AnTuTu – it checks CPU, I/O, and 3D graphics. It's a bit more outdated than other apps, but the numbers still provide some interesting comparisons. This test was unkind to the Snapdragon S4 Pro in the Nexus 4, but does the N7 fare any better? The Nexus 4 gets about 4,200 in this test, while the HTC One hits 11,000 (likely a throttling issue with the Nexus 4 in this particular test). The New N7 pulled in about 5500, as you can see below. So still a strangely low score on this test. More reinforcement that this is going to be kind of like a bigger Nexus 4. 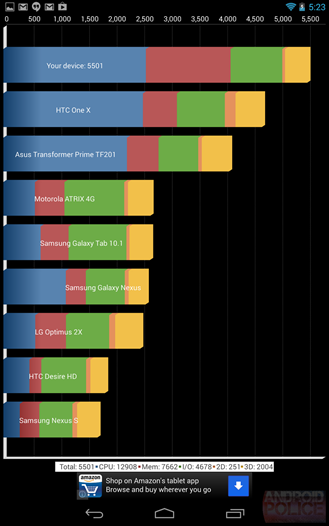 3DMark is still fairly new to Android. This graphics benchmark aims to see how many pixels a device can push and how fast. This affects gaming of course, but also has a lot to do with the smoothness of the UI. 3DMark renders an OpenGL ES2.0 action sequence at 720p and 1080p – we ran the 1080p "extreme" version on the Nexus 7. The updated N7 clocks in at 7,188 and manages to keep frames per second at nearly 30, with occasional jumps higher. That compares to the Nexus 4 at roughly 6,300. The HTC One only does slightly better. That shouldn't be too surprising as both the Snapdragon 600 and the S4 Pro run the Adreno 320 GPU. Last year's Nexus 7 could only pull in 1,877 on the 3DMark Ice Storm Extreme test. 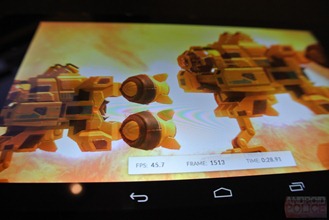 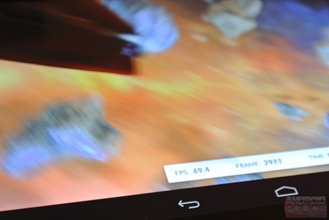 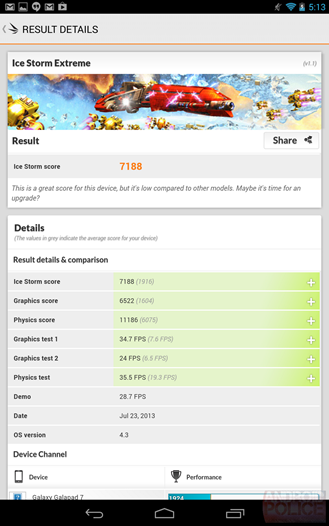 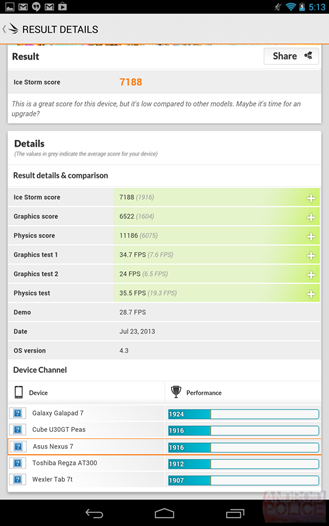 So that's what we've got. The new N7 is more or less like we expected after all the leaks. It has similar internals to the Nexus 4, which is probably fine. The screen is much higher resolution, though. It's a bummer the rumor about 4GB of RAM didn't pan out, but 2GB is nothing to sneeze at. The updated Nexus 7 performed on par with, or slightly faster than the Nexus 4. Hopefully this version of the Nexus 7 ages more gracefully than the old Tegra 3 Nexus did.

The device will be official tomorrow, and probably up for order shortly thereafter.

Want To See More Of The New Nexus 7? We've Got Everything You Need Right Here