Bitcasa has had a hard time of it since launching on Android seven months ago. Thanks to a buggy app for its unlimited storage service, it's currently sitting at a 3.5-star rating in the Google Play Store - not good when you're up against juggernauts like Dropbox and Google Drive. Hopefully the completely revamped 2.0 update will fix that. In addition to the seemingly ubiquitous UI overhaul, stability and performance improvements are mentioned in the changelog. 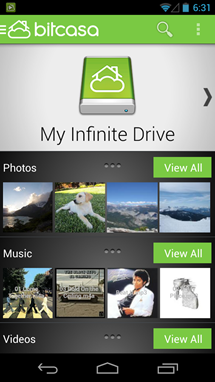 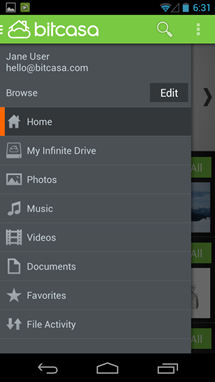 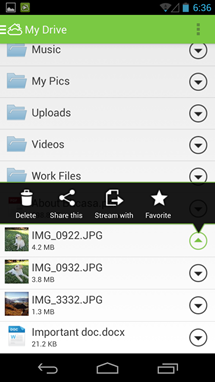 The app was already commendably Holo-fied, but now it gets in on all the new bells and whistles of modern Android design: a side menu for top-level navigation, Gmail-style pull-to-refresh, and both light and dark themes. The most important addition is a "recents" section of the home screen - you can choose between recently uploaded files (handy for moving things between devices quickly) or recently viewed ones. Version 2.0 also includes the ability to set a passcode for app access. 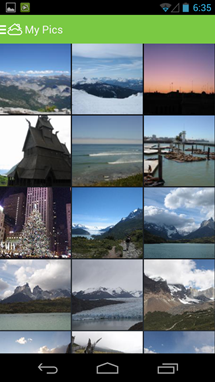 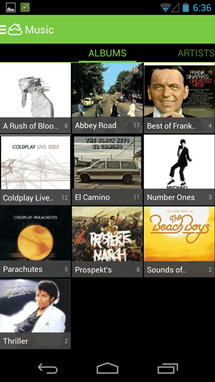 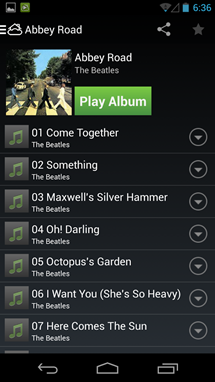 The service still displays photos in a gallery and streams music and video in its own mini-player, though these seem to be just as basic as they used to be (if a bit more pretty). Early reviews of the new version of the app are positive. Naturally you'll need a Bitcasa account to use the app - a generous 10GB of storage is free, with unlimited storage for $100 a year or $10 a month. The app is compatible with devices running Android 2.3 or higher.