The new Nexus 7, which has already been fully revealed and benchmarked earlier today, just popped up on BestBuy.com for pre-order in both 16 and 32 GB capacities. As expected, the refreshed 2013 N7 runs:

Wireless charging isn't mentioned, so I'm becoming less and less convinced it's capable of such a feat. Our tipster also says he doesn't think there's wireless charging of any kind here. Sorry if you were hoping for one! 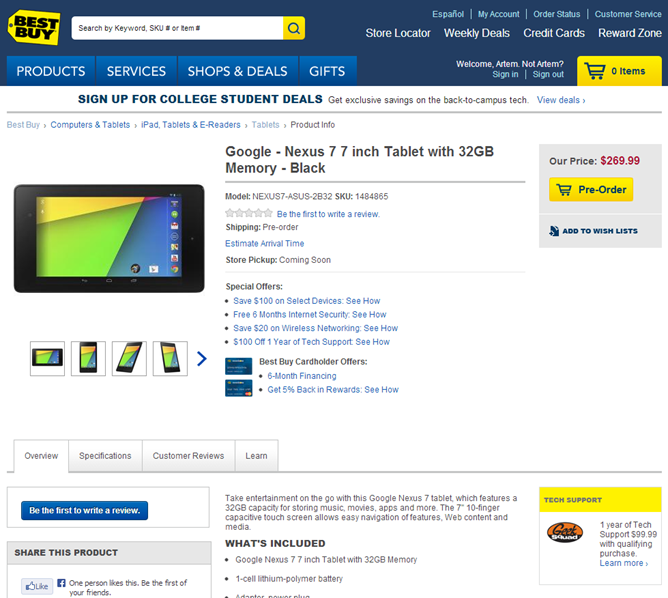 Between the new Nexus 7, Android 4.3, and Chromecasting, I'm really hoping Google will have something else to announce at tomorrow's event.