Connect to a remote device, and start playing media! Cool. "Chromecast" was briefly listed on the Google Play devices support page earlier today, so it sounds like Google will be releasing some kind of hardware device for your existing audio gear.

This string gives us a good idea of how Chromecasting works. Sideloaded songs, that is, songs that reside on your device (and not in the cloud) are not supported. This means the Chromecast device has an internet connection of its own, and Chromecast is really just pushing a URL to the device. The device then goes out and fetches the media from the internet on its own. It's exactly the way the Nexus Q, YouTube, and GTV work. Contrast this against Apple's Airplay, which sends local media over Wi-Fi to a device.

This is the button to start Chromecasting. It seems to work (and look) exactly like the YouTube "Send to TV" button. Keyan X, the guy who scored the APK, even had it pop up in the app for him because of his bluetooth speakers.

The only question that remains is, why on earth is this called "Chromecast"? That's a terrible name. What does it have to do with Chrome? This makes it sound like it is only compatible with Chrome, but here we would be going from Android to [Google hardware device] with no browser involved. Why not call it something like "Google Play Push"?

Presumably, they're going with this as a unified brand, so expect the implementations in YouTube and GTV to be updated.

And now for something completely different:

Oh snap! SD card support is finally happening. You'll be able to store your music on the SD card instead of on internal storage... someday, at least. Not right now, because there is no link in the settings to activate this. You'll have to wait for another update to enable it.

Ok, fine, don't want to wait? Do this: have something like Apex or Nova Launcher installed, so you can launch activities. That's long press on home screen -> shortcuts -> activities. 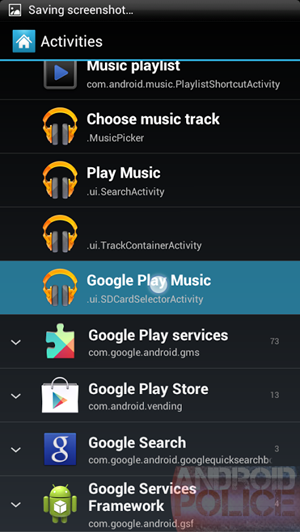 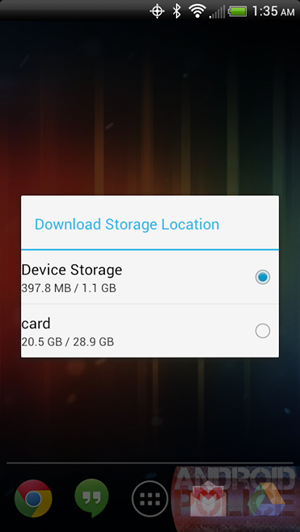 Scroll down to Google Play Music, expand it, and pick "ui.SDCardSelectorActivity." Tap the new shortcut on your homescreen, and you should get a list of storage locations for your music collection. I picked "card" and it seemed to work.

I'd be interested to see what happens to someone that has a large amount of music already and switches options, does it copy everything over, or just add music to the new location from now on? Let me know in the comments if you try it. My primary phone is a Nexus 4 which means no SD card fun for me.

Rollouts suck. If you want the update right now, we've got you covered.

That it for now, see you at breakfast!

Thanks to Keyan X for the APK!

BestBuy.com Just Published The New Nexus 7 In Both 16GB And 32GB Flavors - Pre-Order Them Now ...