Citybot is a brilliant app. I'm always down for a road trip. So is my wife, and so are our closest friends. The problem is that none of us really know what to do when we get there, and getting four indecisive people to stumble across what to do can kill the better part of an afternoon. This is where Citybot comes in. This app turns your Android device into a personal travel agent. It tells you where to go, what to do, and how long that should take. I only wish more cities were supported.

Citybot makes planning a trip to a new city nearly painless. You select which city you want to visit and give it a vague idea what you want to do while you're there. It will then spit out a list of places for you to visit, complete with an estimate of how much time it should take to travel between each destination. It integrates with Yelp, TripAdvisor, Lonely Planet, and Instagram, so there's plenty of information provided for each item on your itinerary. 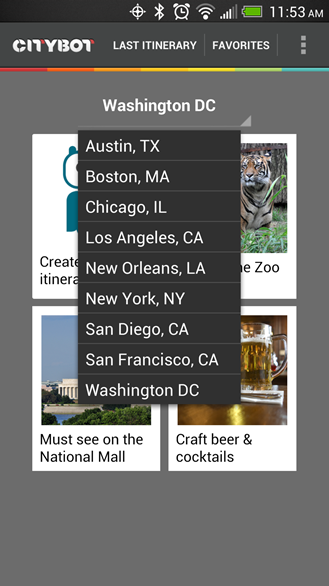 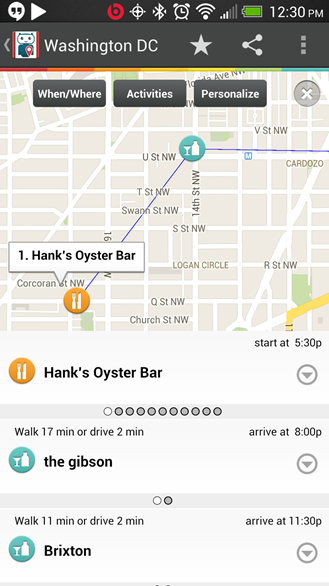 Create Your Own Trip

The app gives you enough control to pinpoint what date you want to travel on, when to depart, how much time you have, and where you want to end up afterwards. It then gives you the option to pick between driving, riding mass transit, and walking, which is a crucial setting depending on which city you plan to visit. Just getting to Washington, D.C. in a car is difficult enough, let alone cruising around town afterwards. 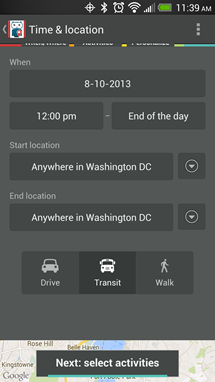 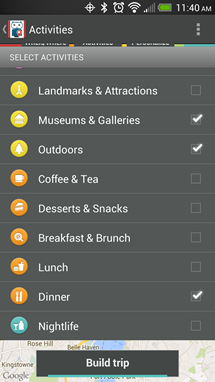 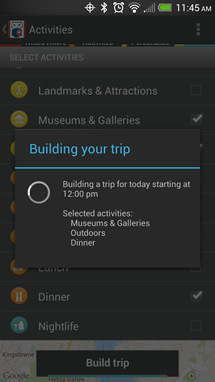 Day activities are divided into "Landmark & Attractions," "Museums & Galleries," and "Outdoors." Eating options are more extensive, with the option to pick between drinks, snacks, or full-blown meals. There are nightlife options available, but my internal clock starts winding down soon after the sun, so I largely glossed over them. I'm much more interested in museums, hiking trails, and checking out landmarks. Unlike old college peers or office colleagues, Citybot, thankfully, doesn't judge. 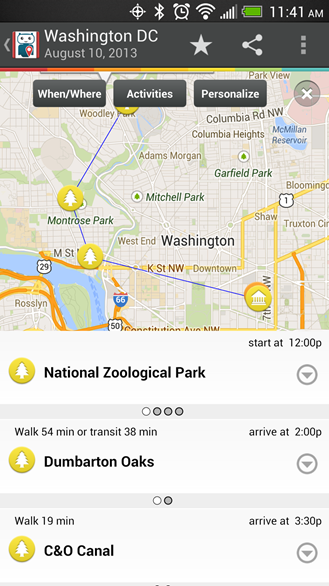 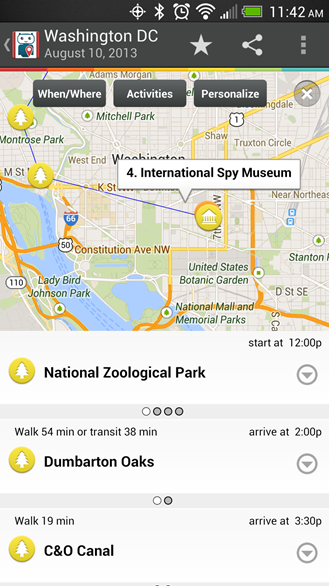 It's easy to scroll through Citybot's results and determine if you're actually interested in the places it suggests. You can also change the order of destinations, or swap them off of your itinerary entirely. If a place really strikes your fancy, then you're free to favorite it later on. 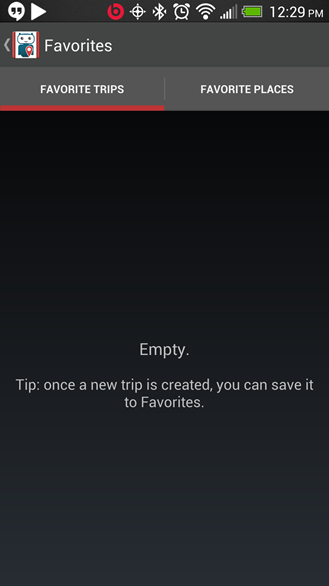 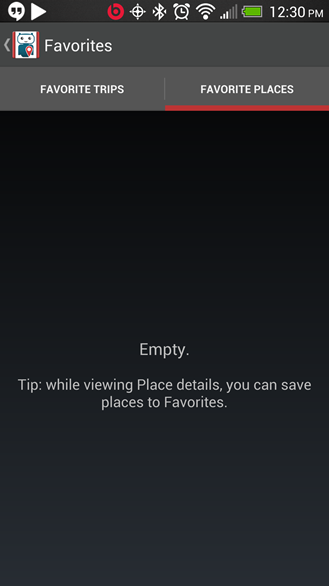 Unsurprisingly, dining provides the most extensive options, as restaurants crowd around urban centers and tourist attractions like paparazzis on Kate Middleton. If the provided establishment doesn't meet your dietary needs or otherwise suit your taste, just swap it out for another one. 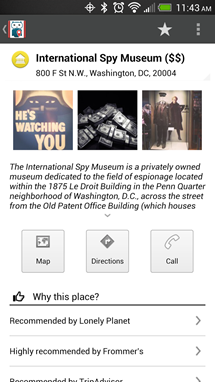 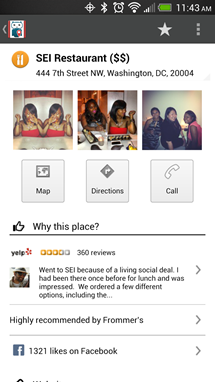 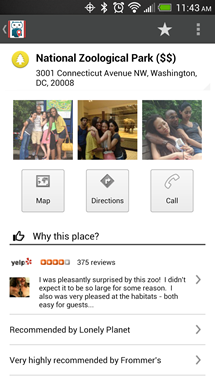 Citybot opens with a number of easy trips already available from the beginning, saving you the effort of supplying it with the nitty-gritty details. If you want to visit the National Zoological Park, for example, just tap the icon on the launch screen and watch as a full day's vacation just pops open. My proposed trip to the Zoo was preceded by breakfast and followed by coffee and tea before driving home. I'd say that sounds doable. 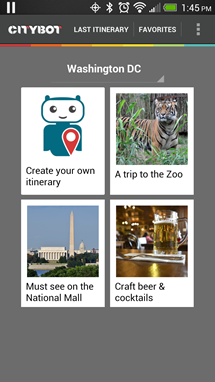 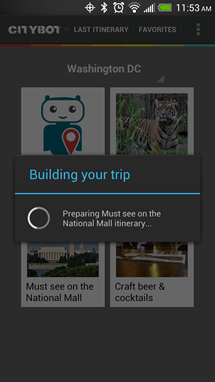 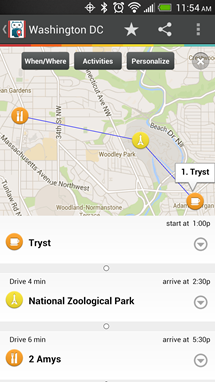 Citybot is a free service and one I'd highly recommend. Your peers may even come to appreciate having a friend around who always has good ideas for what to do around town. That said, there are only nine cities available. Washington, D.C., the nearest city to where I live, is still a five hour drive away. There are also other major cities I'm more interested in visiting that aren't yet available, such as Atlanta and Philadelphia. Still, the consolidated experience is much better than the individual apps that Citybot previously had for each city. Hopefully they add more cities in the future, but for now, it's definitely worth trying out if you plan on visiting any of the nine cities advertised.

Gameloft's Official Game For Thor: The Dark World Teased, Looks Like A Marvel Version Of Diablo [Editorial] Screw The Price - If You Want Good Android Games, Open Your Wallet And Start Buying Them