With no DROID 5 in sight for an unveiling at next week's Verizon festivities, it seems the writing is on the wall for the form-factor that basically got Android off the ground: the QWERTY slider phone.

It's been nearly 4 years since the original DROID and HTC G1 debuted, two phones that really carried the Android platform in those early, uncertain days. It seemed, perhaps, that the trend the Sidekick (aka Hiptop) started in 2002 might continue on into the true smartphone era, side-by-side with the increasingly popular touchscreen slab (which at that point really just meant the iPhone). 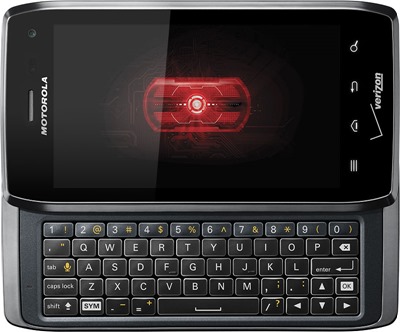 The last of the breed. Probably. Most likely. I guess.

But it wasn't meant to be. Even on Verizon, arguably the strongest bastion of the hardware keyboard in the US at that time, the slider phone quickly lost ground to slimmer all-touch handsets. Big sales hits like the DROID X, DROID Incredible, and Samsung Fascinate (aka Galaxy S) offered legitimate alternatives to the iPhone (as the iPhone was not yet on Verizon). The DROID and later, the DROID 2, provided an easier transition for BlackBerry users off of the already-sinking platform. But that was an audience that could only shrink.

AT&T seemed to avoid hardware keyboard Android phones for the most part, though Sprint (EVO Shift, Photon Q) and T-Mobile (G2, MT3G / 4G Slide, Sidekick 4G) dabbled with them for some time, to varying degrees of success.

But it's 2013 now, and there is not a single high-end QWERTY slider Android smartphone announcement to be found. HTC has altogether abandoned the form factor. The same also appears true of Motorola and Sony. Samsung will undoubtedly continue offering at least one such model internationally, and while LG's most-recent such device (at least in the US) is the Mach, I would suspect they haven't entirely written off slider phones just yet.

But when pickings are this slim, it really is time to start the death watch, I think.

What about you? Is there still, deep down, a strong draw to the masters of manual text entry? Do you think the slider phone is dead, or just taking a long technological nap? Let your thoughts be known by voting in the poll below, and elaborating in the comments section.

Samsung Ditches Media And Music Hubs, Replaces Them With The Samsung Hub (Now In The Play Store)