Google can play dumb all it wants – we know a new Nexus 7 is coming, and apparently so does Best Buy. A leaked ad from the electronics retailer shows the new Nexus 7 set to arrive on July 30th for the previously rumored price of $229.99. 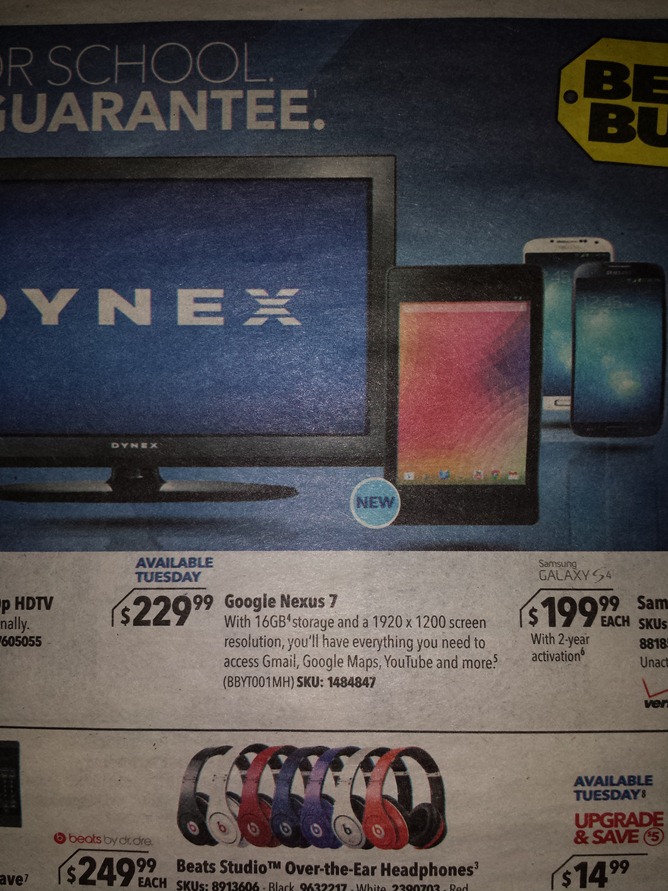 The ad specifically calls out a 1920x1200 resolution LCD panel, which is sure to be wonderfully crisp on a 7-inch tablet. The ad doesn't list any other specs, and the tablet itself is a nondescript rectangle with a stock Android wallpaper. Although, the shape seems slightly different than the current N7.

Previously, a leaked Staples screen said the N7 was hitting shelves on July 31st. This ad makes it look like Best Buy will beat Staples by a day, but still no word on when Google itself will start taking orders on the Play Store (and whether or not they'll muck it up again). Google's event is scheduled for Wednesday, so prepare yourselves.