Sometimes we're completely blown away by what carriers have coming down the pike. This is not one of those times.

Looks like Verizon is once again teaming up with LG for a low-end device, which @evleaks claims will be called the Enact, and has a model number of VS890. There is literally nothing remarkable about this phone, save for the fact that LG decided to give the Gingerbread days a nod and resurrect the physical menu button: 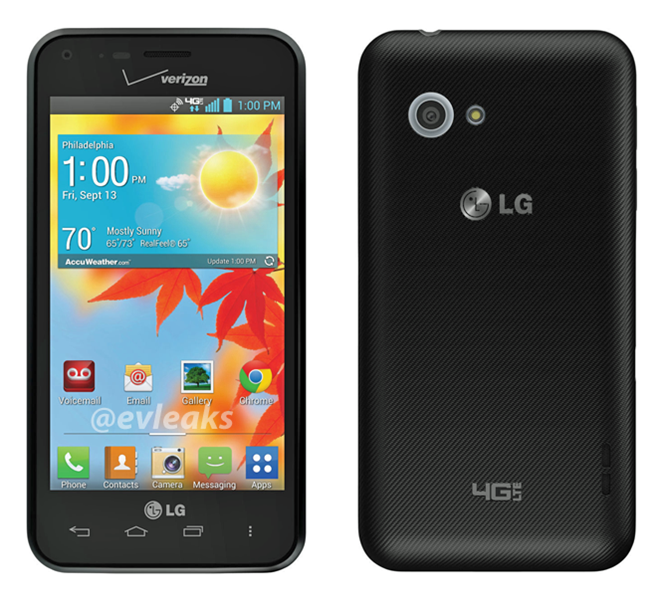 According to recent filings at the FCC, BT SIG, and Wi-fi Alliance, we essentially know that this little guy is packing Bluetooth 4.0 and Wi-Fi b/g/n; similarly, a listing over on GFXBench shows it's running Android 4.1.2, a 800x480 display resolution (*cringe*), a 1.2GHz CPU, and Adreno 305 GPU – the latter two indicate that it's either an S4 Plus or Snapdragon 400 processor. Woohoo.

Please, try to contain your excitement – we have no idea when the Enact should be hitting shelves or how much it'll cost.