One of the better recent additions to the Chrome browser is a remote desktop tool, developed and implemented by Google and usable between any two desktop computers running Chrome. When it showed up in the Chrome Web Store, we figured that it wouldn't be too long before some kind of Android integration was developed. Googler François Beaufort announced that work has begun on "Chromoting," an Android app that allows users to control remote Chrome clients. 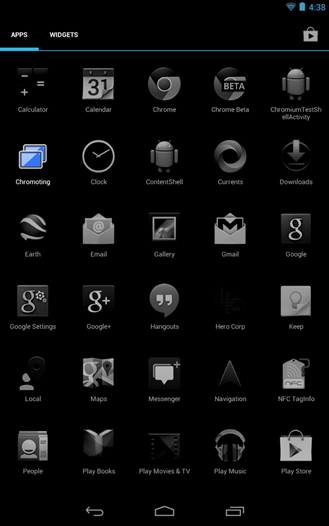 At the moment there's very little to go on, just a screenshot of the app icon in a drawer. Work has definitely begun on the app itself, as noted in the Chromium Appspot code review. The first message was posted just two days ago, so it will be some time before the app is ready for even a pre-alpha release. We don't know if the app will be a simple remote access client (and there are plenty of alternatives already available) or if it will function as a server as well, allowing for remote control of an Android device. The latter seems unlikely, since the Chrome mobile app still doesn't support extensions - that's probably why the "Chromoting" app exists in the first place.

As Beaufort points out, you can install the Chrome Remote Desktop app in the Web Store now. Here's hoping we see an Android component sooner rather than later.