The PadFone is a versatile piece of tech, a smartphone that plugs into a tablet that plugs into a dock. It's an interesting concept, and if you don't use it that often, the three pieces together could probably get you through more than a couple of days on a single charge. Now ASUS is providing a firmware update to the original PadFone, bringing about stability improvements along with stronger WiFi and Bluetooth connections. 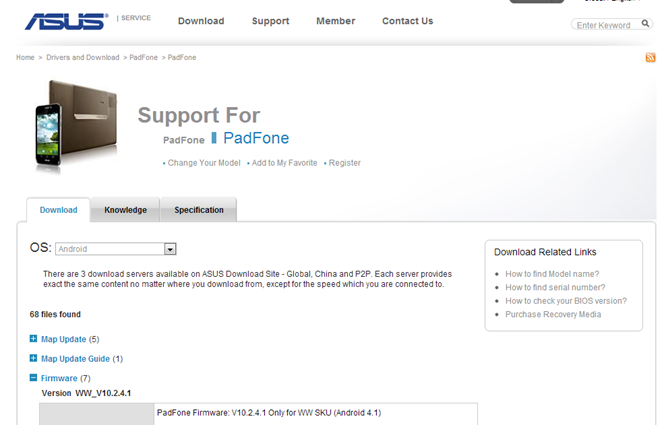 The device will remain on Android 4.1 after the update. Nevertheless, there are enough improvements to make this a worthy update.

The firmware update is available for WW, RUS, and HK versions of the device. Be sure to grab the correct one before starting the manual upgrade.