Some devices get all the ROMs. Of course, for the Google Play Edition of the Galaxy S4, that's kind of the point. Late last month an early version of Android 4.3 was leaked for the phone right around the time of its Play Store debut, and now an even newer build labeled "JWR66V" has popped up. According to XDA Developers forum poster Jahon, it was build on July the 11th, and now it's been re-packaged into a ROM file flashable in the custom recovery of your choice. 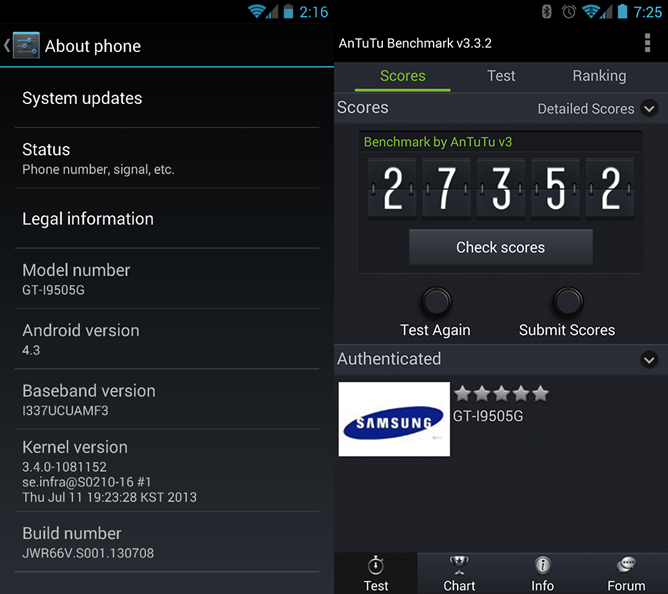 Details are scarce at the time being, as users are still testing to feel out the extent of the changes. Notably the Galaxy S4's wireless charging feature now works even when the phone is off, and battery life and charging rates seem to be improved. Google Wallet now works (if you're not rooted) as do some third-party apps like DashClock and IMDB. There are a few bugs with other apps and SIM unlocking, so it may not be ready as a "daily driver" just yet.

Even the most flash-happy ROM addicts may want to wait a bit before flashing a new 4.3 build. Google's event on Wednesday may reveal some new Nexus 7 hardware, and possibly the formal release of Android 4.3 as well, which should come to Nexus and Google Play devices without too much delay.

[New Game] Bounty Arms Looks Like A Console-Quality Side-Scroller, Now In The Play Store For $4.99