Widgets are an indispensible part of Android for many users, including yours truly. It's just too bad that they're so ugly - who wants to use a 1080p screen for looking at Twitter feeds or checking emails when you could stare at some fantastic wallpaper instead? All joking aside, Popup Widget is a pretty fantastic solution for those who prefer their homescreens without clutter. 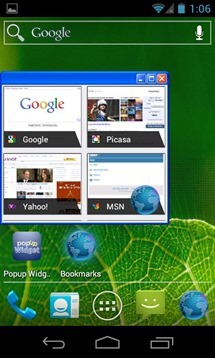 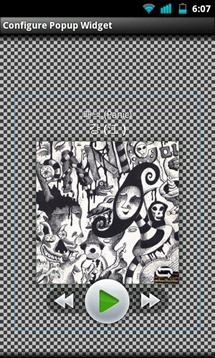 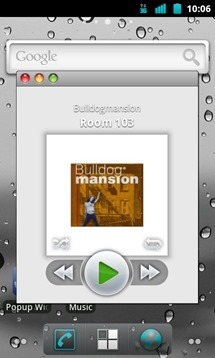 It's a simple idea: instead of having a big, space-consuming widget sit there all the time, hide it in a shortcut. Tap the shortcut and the widget appears, then tap somewhere else so that it disappears. It's even possible for the shortcut to be invisible, which (combined with a custom launcher that supports hidden labels) makes the widget itself completely transparent. The only downside is an extra tap to get to your information...which you could probably do with a regular app shortcut anyway. Here's a pretty lengthy exploration of Popup Widget, currently featured on its Play Store description.

Popup Widget isn't technically a widget, it's placed as a shortcut, with the various options handled in a full app. (This means it should also work with any other app that triggers shortcuts.) It takes a bit of fiddling with the settings to get everything just as you like it, but customization nuts should feel pretty comfortable with all the options. One thing to note, there seems to be a bit of an issue with Nova Launcher at present; drag the blank widget from the app drawer to get it working.

Popup Widget is a reasonable $1.39 on the Play Store, and compatible with Android 2.2 or later.

Update: as one commenter points out, there's at least some functionality duplicated in Action Launcher (and several other apps and custom ROMs) but this app should work with any modern homescreen replacement. There's also an ad-supported version of the app here.

Thanks for the tip, Eduardo Ribeiro (@_ERib)! How To: Update The Nexus 4 To Android 4.3 (JWR66N) From The Leaked System Dump