Get this, Microsoft has drastically redesigned MSN for Android, introducing a new app to replace the outdated MSN World. I know, that's trippy. Apparently MSN is still a thing. This new release leaves the interface looking somewhat spiffy, as it now shows off tiles that would look at home on a Windows Phone device, yet still looks good mixed with Android's versatile Holo interface. That said, the bottom black toolbar might look crowded on devices with a virtual toolbar, and it gives me the impression that Microsoft figured it could update its Android app with the interface it threw together for the upcoming iOS 7. 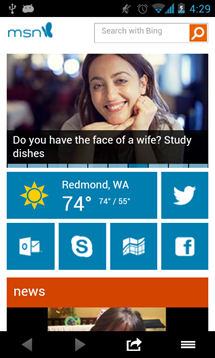 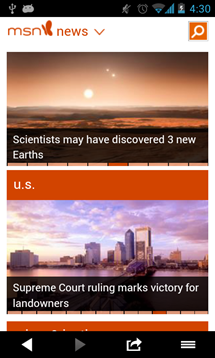 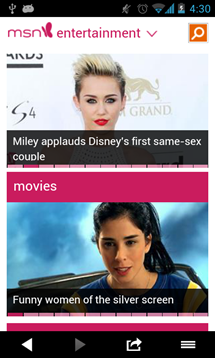 The MSN app, really, just funnels users to the mobile website, which received a redesign back in March. It provides quick access to all of the website's top content. There's news, sports, entertainment, and whatever non-tech related media that people presumably still consume. The app can provide local weather forecasts and gives quick access to Twitter, Facebook, Outlook, and Bing. MSN serves as the default homepage for countless Windows users who never bothered to swap Internet Explorer for another browser, and it looks like MSN wants to be the go-to home screen on their phones as well. 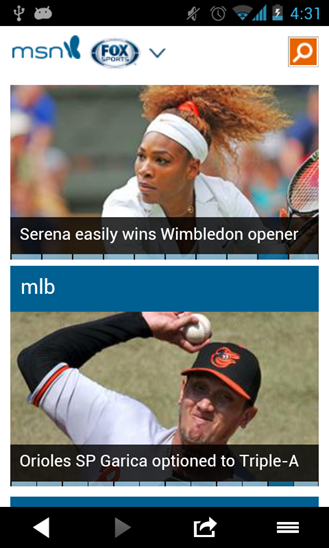 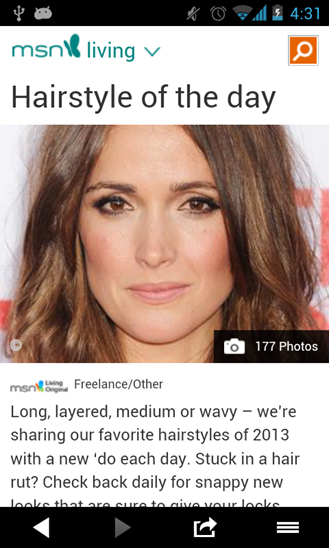 At the end of the day, I've seen worse looking news apps out there. If MSN is your thing, this update probably won't disappoint. Actually, it might. The page says the app is incompatible with the HTC One, but the HTC One X is fine. You can load it on a Nexus 4 without problems, but trying it out on the Nexus 7 is not possible. The list of unsupported devices drastically exceeds that of those that are.

It's silly, but Microsoft will probably jump on it eventually.

Here's The Sticker From The "New" Nexus 7 Video, Showing What Looks Like 4GB Of RAM [Update: ...