The Verizon Stratosphere II is one of those phones. You know, the quirky - I mean, qwerty - kind that packs just enough punch to be functional but not enough to wow the bulk of us. Today Verizon has announced the latest firmware update, version I415VRBMF1, that gives the little handset a little tune-up. The device should now give a more accurate read of data usage and leave behind a few jarring bugs, such as issues where auto-correct inadvertently replaces an entire text message and the SIM pin entry screen displays the incorrect number of remaining attempts. If any owners out there have suffered from the screen going blue and requiring a hard reset, that should also now be a thing of the past. 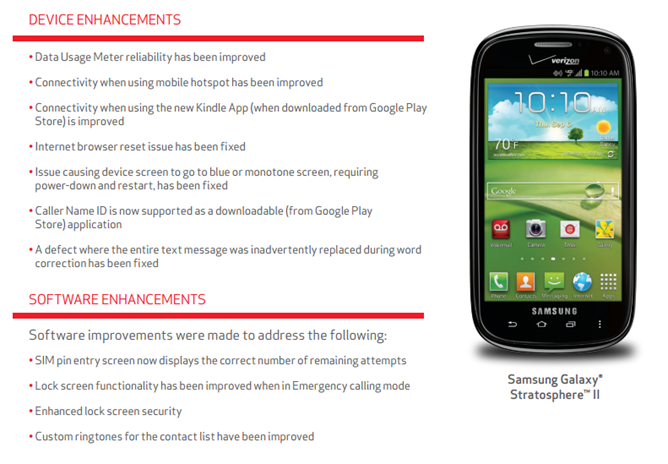 Verizon hasn't specified when the update will start rolling out, but it will be an OTA when it does. It's roughly 91MB, so it shouldn't take too long to download and install once the prompt hits.

Facebook For Android Beta 3.5 Finally Starts Opening (Some) Facebook.com Links In The App ...