The life of a mobile application developer is a tedious one – they're not only responsible for building apps but also ensuring they work on as many of the 900 million Google-certified Android devices that have been activated over the last five years as possible. Of course, Android OS versions start to die out over time, and new versions – along with new handsets – emerge, making this a never-ending cycle of test-update-test-update. App-device compatibility plays a crucial role in an app's success, especially on the latest devices. 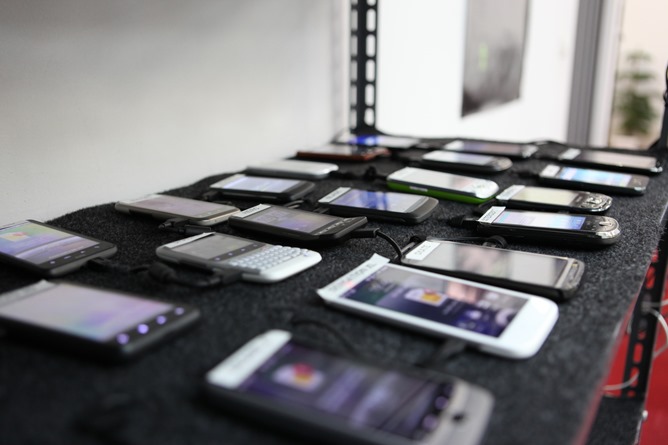 Up until now, this has been a bit of a sore area for devs: there are so many devices in use right now, it's hard to ensure compatibility with all of them outside of doing time-consuming work like opening a beta program and keeping track of the bugs. A company called Bitbar wants to change that with Testdroid – a service that allows developers to test their apps on as many as 230 different Android devices – including phones, tablets, and cameras – quickly, efficiently, and instantly.

The company's flagship program, Testdroid Cloud, is among the first of its kind; it's a fully automated testing tool that allows devs to upload their app, select the devices it should be tested on, and run. Everything happens instantly, and a full report is then sent via email within minutes. This really takes the labor out of application testing – instead of having to find ways to ensure compatibility with new devices, more time can be spent on adding new features, optimizing the user experience, or any number of other things that simply aren't testing. 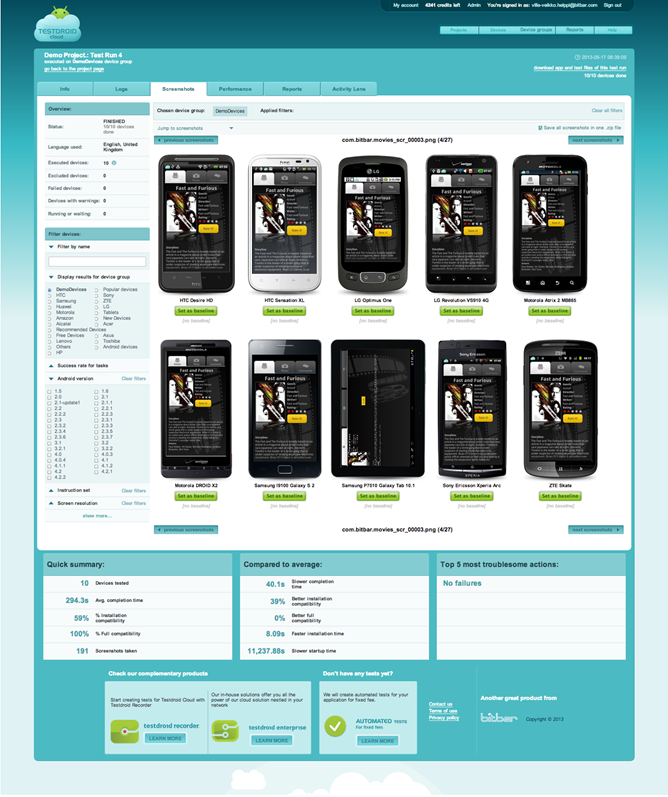 But then there's the question of how it handles errors and other mishaps. Bitbar also offers a tool called Testdroid Recorder, which records actions on the object level, records tests for applications, automatically captures UI screenshots throughout the duration of the tests, and easily tests localized apps. Testdroid Recorder also makes it easy to split tests into several methods and create auxiliary methods for repeating actions and complex use cases. Best of all, from now until July 31st, developers can give Testdroid Recorder a shot for 60% off the regular price.

Of course, large companies or developers of data-sensitive applications may have an issue with uploading their app to a testing site. For that scenario, there's Testdroid Enterprise – a solution that lets developers create their own in-house testing infrastructure locally within their own network. It basically works like Testdroid Cloud, save for a couple of differences: the aforementioned server-side testing, and it also works on iOS devices to ensure application compatibility across all platforms. 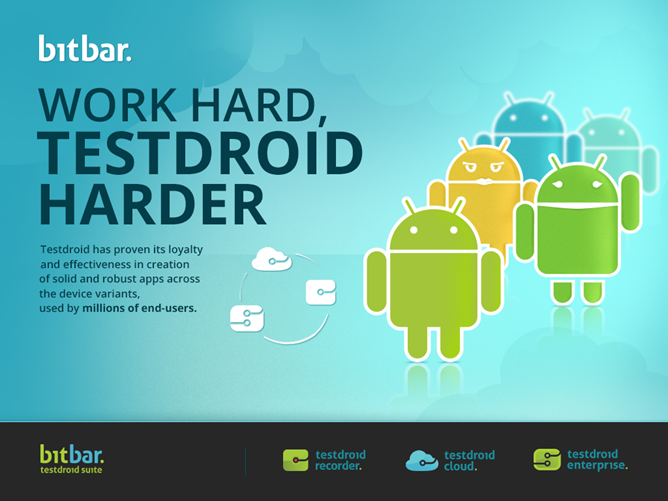 For developers, these kids of tools are indispensable. They ensure app compatibility across devices, form factors, and Android OS versions, all with a simple and easy-to-use tools. No more self-testing and trying to work out the kinks – all the info needed is provided in the output file. Some of the biggest names in mobile are using Testdroid for their apps, too – Facebook, Linkedin, Fliboard, Rovio, SwiftKey, Pinterest, Paypal, and eBay are all on Testdroid's roster. If you want to hang with the big boys, test like the big boys.

Head here to get started.