The new Nexus 7 is all but imminent at this point, and it sounds like we may finally have a launch date for the much-anticipated sequel to Google's small tablet: July 20th, according to OfficeMax documents obtained by Engadget. Corroborating an earlier leak from Android Central, those same documents also allege a $270 price point for the 32GB version of the device (AC's leak also says the 16GB will be priced at $230).

The image above shows the Nexus 7 as having an estimated arrival of July 20th, and as we know, Google is holding an event next week with head of Android and Chrome Sundar Pichai. It's pretty safe to say at this point that a new Nexus 7 is on the agenda.

The OfficeMax docs make no mention of the smaller 16GB version, though Google may be doing what it did when the 8GB / 16GB versions of the first N7 launched, and keeping the lower storage variant on sale exclusively through the Play Store. Finally, this last image puts a price on the device - $269.99 (for the 32GB model). Sounds pretty reasonable to us. 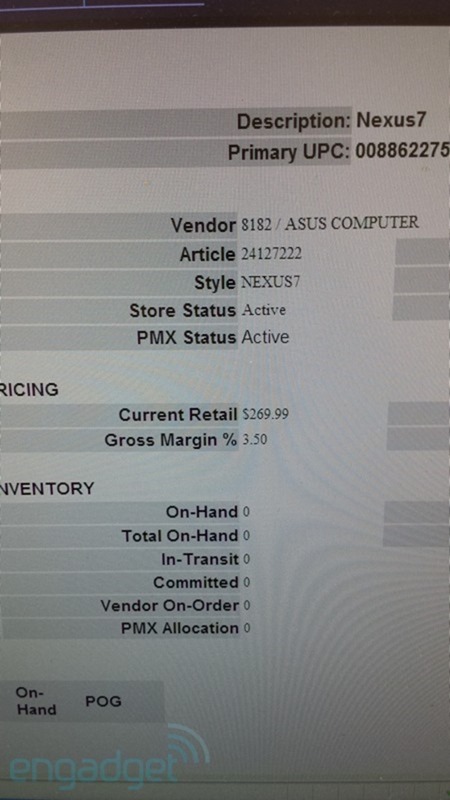