Welcome to the latest entry in our Bonus Round series, wherein we tell you all about the new Android games of the day that we couldn't get to during our regular news rounds. Consider this a quick update for the dedicated gamers who can't wait for our bi-weekly roundups, and don't want to wade through a whole day's worth of news just to get their pixelated fix. Today we've got a long-overdue iOS port, a 2D game that will blow your mind with its insane graphics, an interesting take on Pac-Man, and a cutesy over-the-shoulder shooter. Without further ado:

If Captain Planet and the Planeteers was less about environmental responsibility and more about a giant centipede eating people, and then someone made an NES game out of it, it might look a lot like Super Mega Worm. It's taken this cult hit three years (!) to get to Android, but now that it's here, you can indulge in some over-the-top, pixelated violence with old-school graphics and controls. A free version was featured on a previous roundup.

The cult-hit Super Mega Worm has finally arrived on Google Play Store!!! Mother Earth is on the brink of extinction and has released her last defense, the Great Death Worm, Wojira. Wojira is on a revenge mission to destroy all the Human parasites. Crawl and eat your way through waves of humans and their robots of destruction. Grow and evolve into the ultimate weapon of destruction. You are the last line of defense, can you save the world? 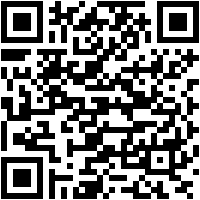 What's this? A second environmentally-conscious title in a row? Stay Alight might have a similar theme, but the gameplay is more like Angry Birds or Scorch, and the graphics are freaking amazing. This game's 2D sprites look better than any indie "artistic" title I've ever seen. Gameplay aside, I'm going to bring Stay Alight out to shame all those lazy developers who use "retro" 8-bit graphics as a crutch to avoid making their games look like something developed this century.

Meet Mr. Bulb, who is gonna free planet from cartoon microbes with your help. Green microbes captured the planet, it’s up to you to find all their secret covers and destroy using tactic skills and projectile weapon. Game’s mechanics is based on real physics, so you should very attentively calculate shot power completing more than 60 unique levels in fascinating artwork. Don’t forget Superpower arsenal: Freeze, Earthquake, Swatter, Spray! Use Superpowers to improve your chances during the battle vs. microbes. Bring the light back on this planet together with bulb hero! 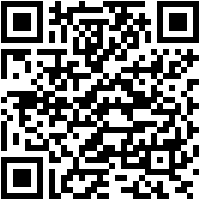 Half Pac-Man, half Metal Gear Solid, with a hand-drawn art style inspired by La Dia De Los Muertos? What's not to love? While Hasta La Muerte doesn't make any claims to be innovative, it's certainly unique from a visual perspective, and a mix of platform fighting and maze navigation should hit the spot for some. The lost souls you herd towards the final curtain will grant you special power-ups, which you'll need to beat the nightmarish bosses.

Act as the death itself in this « art game » where everything was thought to offer players a unique game experience: sound effects, astonishing graphics, out of sorts world… Your mission: accompany the souls of those whom eternal rest hour has come and thus save them from damnation. A second of inattention and this is the disaster : those souls, damned and inconsolable, will chase you relentlessly to send you back in the Limbo… Accessible to everyone, this “survival-platformer” offers a “chase-be chased” punchy gameplay, in the manner of famous Pacman. 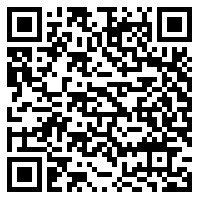 Android still lacks a solid base of console-style action shooters, and those that have been released need some crazy-powerful hardware to play them. WarCom is an over-the-shoulder shooter that won't kill your midrange hardware, and still manages to be pretty fun... though I wouldn't be surprised if there are some compatibility issues, since the cut-and-paste description mentions "Retina-ready for iPhone 5, iPhone 4S, and iPad 3!" (Bad form, Triniti.) Be on the lookout for some heavy in-app purchases as well.

Get ready to RUN and GUN! middle east TACTICAL COMBAT is HERE... The world’s resources are running out, plunging the planet into bloody chaos. From the ashes of the old order rise three mighty factions: the fundamentalist Fatwa, the enigmatic RAD, and the brash WarCorps. WarCorps has an elite covert action team used only for the most dangerous missions, and you’re its newest member. Welcome to the HellHawks. 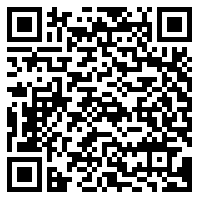 PSA: Google Maps for Android Version 7.0.2 Enters Wide Rollout, Everyone (Or Almost Everyone) ...