Back in January, we told you about MODO, an incredibly versatile desktop organization system. At the time, it was just a Kickstarter project hoping to find its way into the world of retail; thankfully, enough "Kickstarters" saw the value in it and helped more than double its original $17,000 goal. It's been about four months since project was funded, and MODO is just about ready for prime time. Artem and I have been playing with a couple of production units for the last several weeks, and almost immediately it's difficult to deny the incredibly amount of utility packed into such a simple package.

But maybe I'm getting ahead of myself. First let's talk about what MODO actually is – you know, for those who may not have caught it the first time around. This is MODO:

And it basically looks and works exactly like that in the real world. Oftentimes these types of videos offer unrealistic expectations of what a product is capable of, especially when it's on Kickstarter and group funding is clutch in the product's successful journey to market. In the case of the MODO, however, that's not how it works. Everything that you see in the video above is not only possible, but it actually works the way you expect it to. It's quite brilliant. 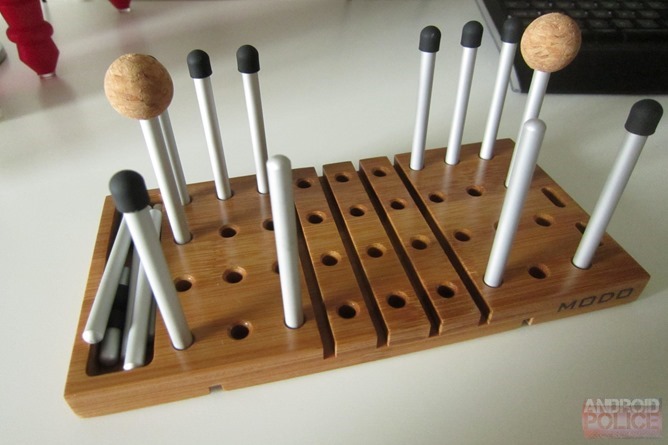 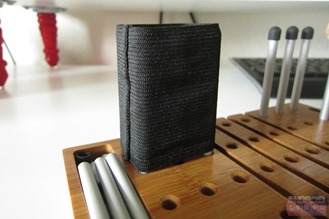 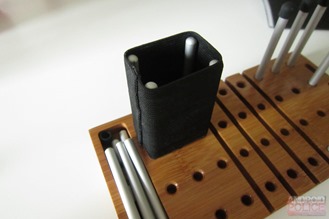 Here's a quick look at what you get with MODO:

MODO's base features nine rows of four holes, for a total of 36; along with the various-sized pins, you can create a nearly unlimited number of different setups. The center of the unit features four "cable management grooves;" three USB holders can also be found on one end, and the other has a cutout for small objects. Additionally, there are two more cable management grooves on the bottom. Speaking of the bottom, the small rubber feet are actually made of UDS' now-famous PuGoo, so once you stick it in place, it's not going anywhere (until you want it to, of course). 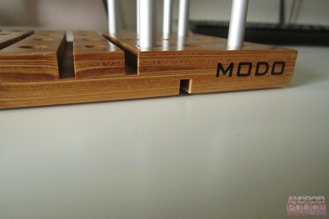 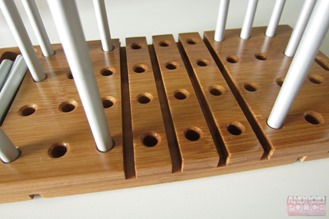 The beauty of MODO is how you use it, because it's completely customizable. The options are essentially endless – at the current moment, I'm using it as a charging station for multiple devices. I have four different charging cables in the top slots, with pins arranged in a way that I can charge up to four devices at once. So far, it's working out brilliantly.

With a hands-on such as this, there's really only one question that needs to be answered: does it work as advertised? In this case, I'd definitely say yes, though there are a few things that could be changed to improve the overall design. Firstly, those little black rubber tips – they're good in theory, but the execution could be better. For example, if you use them to prevent the pins from scratching your devices, they pop off nearly every time you pick said devices up (especially tablets). Also, they don't makes the best styluses (which is an advertised feature), but something tells me that you're not considering the MODO based on its touchscreen merits. If you're dead set on using the pins with caps as styluses, though, I suppose they'll work in a pinch.

Otherwise, it would be nice to have cable organizers in between all the rows of pins – not just the center three. It might make the unit a bit longer, but the utility of the additional runs would easily justify the added size. On a more positive note, the additional cable runs on the bottom are a fantastic addition for cables that will likely permanently reside in the same place. I wouldn't even mind seeing another one thrown on the bottom, but I feel like my uses may be the exception, not the rule (read: lots of devices, lots of chargers).

Overall, Artem and I agree that MODO is a fantastic and well thought-out product. Its $35 price is easily justified by its utility, and it's easily one of the most versatile desk accessories I've personally ever used. Essentially, if you're looking for a way to rid your desk of clutter, charge multiple devices in a neat and tidy manner, improve your overall organization, or any combination of the three, MODO is a fantastic tool to do the job. 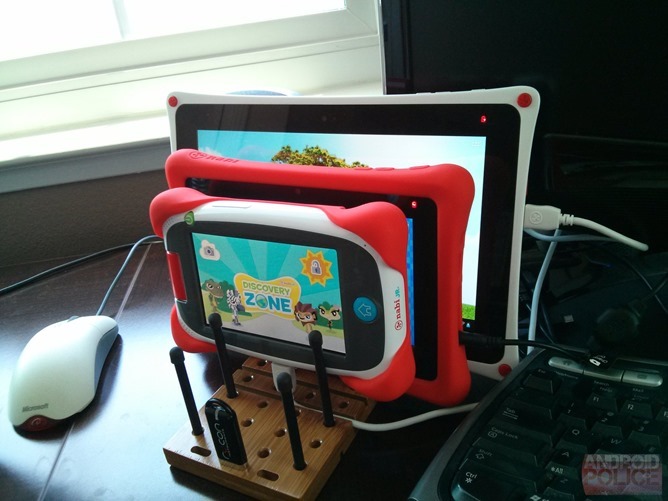