If you're one of the lucky few with a T-Mobile-branded Galaxy Tab 2 10.1, there's an update headed your way. It's based on Android 4.1.2, just like the last one was, but it adds one notable new feature: LTE. Yes, the tablet's latent LTE radio has been enabled with this update. 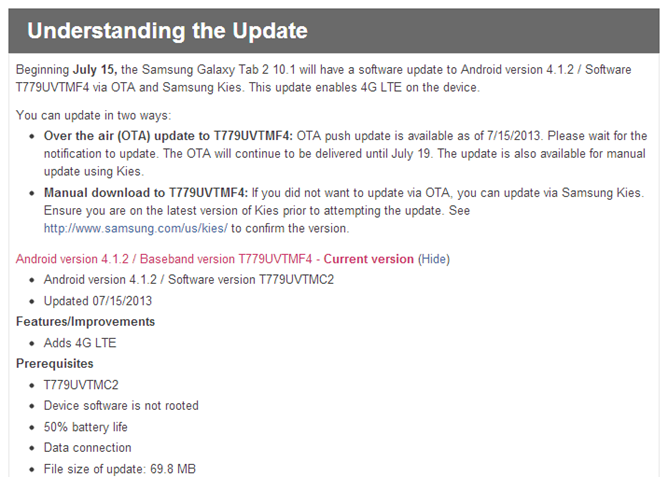 The new version of the software is starting to hit devices today, but mashing the update button won't help. It's going to be arriving in waves until all tablets have gotten the notification around July 19th. If you can't wait, the device can also be updated manually via Samsung Kies.

You're looking at a mere 69.8MB of data to turn on LTE, but actually finding T-Mobile LTE is more of a challenge. Still, the Galaxy Tab 2 10.1 is ready for it now. HTC Publishes, Pulls Post Teasing The HTC One Mini, Will "Bring The One Experience To As Many ...