Facebook's made a series of slip-ups in its transition to mobile. Their previous Facebook app, with its HTML5 underpinnings, was a slow and clunky mess. Facebook Home was launched to minimal interest, and the core app itself continues to stagnate. Through all of this, there has been one minor, but essential, change Facebook could implement to improve the experience for a sizable number of users. As of today, an update to the Facebook beta has finally done away with that unforgivable blemish - the legacy menu button is apparently no more! Just look at how much screen real estate is freed up when those space-hogging three dots are removed from the bottom of the Facebook app running on an HTC One. 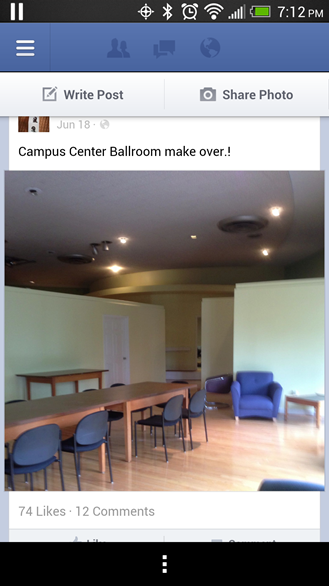 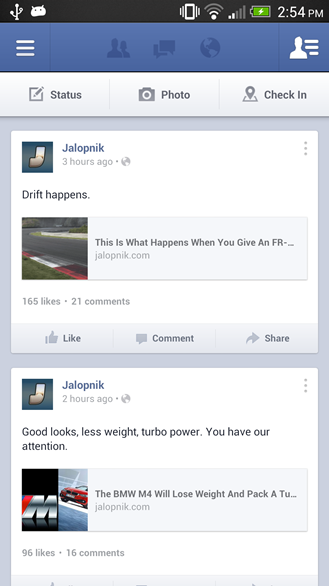 Still, not all is perfect. Devices with dedicated menu buttons will still pull up the legacy menu, not the sidebar. Regardless, Facebook just earned quite a bit of good will from me with this improvement. As long as those three dots are not allowed back onto the bottom of the app, I'll gladly maintain a grin through a series of subsequent lackluster releases. But that's just me.

Update: As readers have pointed out, the new version also introduces the ability to save photos directly to local memory. Here's the proof. 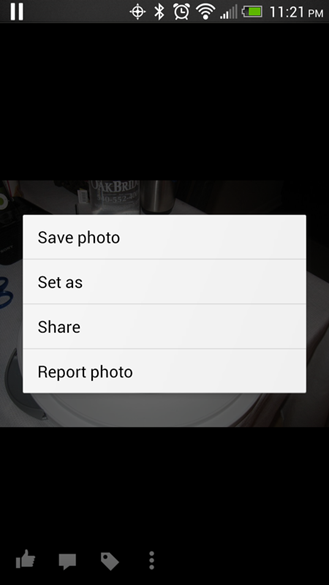 Here's what we're working on in this version:
- Save photos: We added an option to save photos to your phone from the photo viewer
- Menu bar: We've removed the on-screen menu bar from the bottom of the app for people whose phones don't have a hardware menu button
- Notification scrolling: When you scroll to the end of your recent notifications, older notifications will load automatically
- Photos loading in News Feed: We think we've addressed a problem that's causing some people to see blank spaces where there should be photos
- Bug fixes: We fixed some known issues that were causing the app to crash

New if you're using Facebook Home:
- Your phone's status bar now shows at the top of the lock screen by default

If you want in on this action, follow the steps to become a Facebook beta tester and update to the latest version. It's that simple.