Whether or not you want to partake in T-Mobile's "Uncarrier" experiments, they're obviously having an effect on the wider American carrier landscape. Today AT&T announced plans to counter T-Mobile's JUMP! upgrade/trade-in plan with one of their own, called Next. The Next plan will allow similar installment payments on new phones with no money down, and users will be given the option to trade in their existing phone and begin paying off a new one. The program will begin on July 26th, and it will be open to new and existing customers.

There are some stark differences between the T-Mobile and AT&T plans: first of all, the upgrade option for the larger carrier is a full year, as opposed to six months with T-Mobile. AT&T's installment payments will vary based on the total price of the device without a down payment, as opposed to the down payment and $10 monthly fee plus device fee on T-Mobile's JUMP! plan. As an example, the press release gives the rate for the Galaxy S4 as $32 a month for 20 months with no down payment (equal to its current $640 unsubsidized price) with the option to trade it in for a newer model after a full year. Keep in mind, that's in addition to an AT&T service plan, which tends to be considerably more expensive than T-Mobile. Next will be available for tablets as well, and the more conventional subsidized 2-year plans will still be available. Cancelling the plan early will still put you on the hook for the remaining hardware balance, and AT&T's plan does not include insurance. 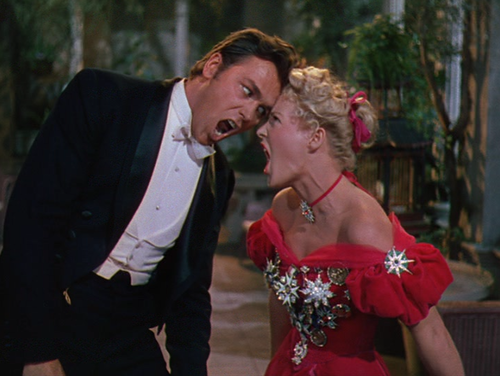 Anything you can do, I can do better. In a year.

Other carriers aren't standing around and letting T-Mo steal their thunder. Earlier today leaked documents strongly suggested that Verizon is planning its own competitor to JUMP!, tentatively slated for a third quarter launch. That's three of the "big four" US carriers, with Sprint being the odd man out of the shortened upgrade game. In any case, it's nice to see more carriers expanding their options, even if it's more about flexibility than actual savings - all of them still have users essentially leasing phones. While you're waiting for AT&T's Next plans to become available, check out David Ruddock's cost comparison between T-Mobile's JUMP! plans and more typical plans.

Update: AT&T reached out to us to clarify: there are in fact no contracts and no activation fees with Next. This matches T-Mobile's JUMP!, and "bring your own device" or an outright purchase is still an option for the regular plans.

Today, AT&T* introduces what’s next in wireless. Beginning nationwide on July 26, consumers can get a new AT&T smartphone or tablet every year with no down payment, no activation fee, no upgrade fee and no financing fees.**

With AT&T Next, customers purchase a smartphone or tablet with no down payment and agree to pay monthly installments for the device. After 12 payments, they can trade it in and upgrade to a brand new device — again with no down payment — or they can keep using their device and have no more payments after 20 months. AT&T Next is available for new AT&T customers or existing customers who are upgrade eligible.

AT&T Next is available for any current smartphone or tablet in AT&T’s industry-leading selection of devices. The interest-free monthly device installments range from $15 to $50, depending on the device selected. For example, a customer purchasing a Samsung Galaxy® S 4 would have no down payment and pay $32 per month, in addition to the monthly wireless service plan they choose, with the option to trade in their device and upgrade after 12 payments or to keep using the device and pay off the installment plan in full after 20 months. There’s no penalty for paying off the installment plan early.

AT&T offers a broad choice of device purchasing options. In addition to AT&T Next, customers continue to have their choice of all current options, including getting a discounted device with a two-year service commitment; paying full retail price for a device with no-commitment; getting a partial discount for an early upgrade after six months with a two-year service commitment; or bringing their own compatible device.

More information is available at www.att.com/next or at any AT&T retail store.

What Did Google Change And Remove In The Web Play Store Redesign? Tons Of Stuff – Here's ...