I don't think much of silent films, but I tend to melt when I come across a game that successfully conveys a plot without the use of speech. Each stage in Tiny Thief feels like a short skit, much like a single clip of Looney Tunes or Tom and Jerry, only with a feeling of continuity as you progress from one to the next. It has the look and feel of a mobile game, and it's immensely easy to pick up and play, but there's a surprising degree of depth here and an undeniable degree of love and care holding it all together. Tiny Thief feels like it was made by developers who put their heart and soul into creating a game worthy of its own Disney animated film.

Tiny Thief is a point and click stealth-based puzzle game - not an adventure game. This distinction is key. There's no massive world to explore here, just a series of bite-sized stages. These areas are presented in a manner that will feel familiar to anyone who has played a mobile game since touchscreens became the norm. There are seven stories each consisting of five stages. On all but the introductory levels, players can earn up to three stars. These stars, however, are not rewarded based on how fast you complete a task or how high you score. In fact, Tiny Thief has no timing or scoring mechanism to speak of. All that matters here is how much you steal. 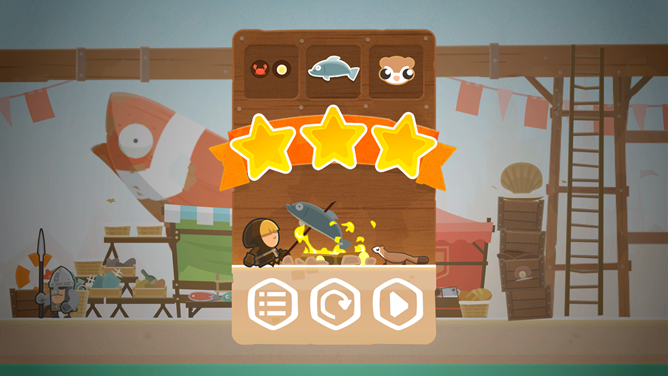 Completing each stage is a varied experience. Yes, you will be sneaking by guards more often than not, but how you get by them varies with each encounter. Sometimes you will hide from sight in a barrel. Other times you will distract them away from their posts with animals. What sets this game apart is how easily and intuitively our little thief can perform any of these tasks. Want to climb a ladder? Tap on it to move, then press the command bubble to hop on. Want to hide in a hammock? Same deal. Want to untie a rope, tinker with a fishing rod, or throw a coconut? Every task is performed by tapping on the command bubble. 5 Ants has devised a control scheme where your character performs more tasks than most other games, all while using fewer buttons. Yes, it technically is your usual point-and-click control scheme, but it feels like so much more, all while actually being so much less. 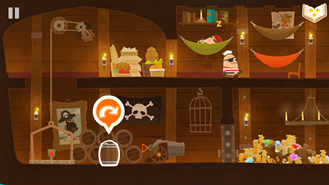 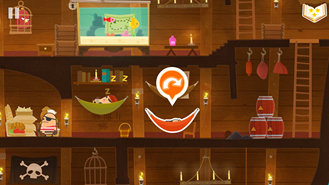 Each stage has a single item that must be acquired in order to move on to the next. Grabbing this item gets you one of the three available stars. The second, optional, star is typically obtained by finding your mongoosy little rodent friend hidden somewhere on the map. Getting the third is the biggest pain, as each stage has secondary collectibles that you must find to get the maximum three stars per stage. These items are typically buried in the background, requiring a careful eye to find them. The catch is that some background items are simply decoration and cannot be interacted with. Discovering which items are special and which are merely eye candy too often feels purely like guess work. Getting 100% competition in Tiny Thief will feel awfully similar to a marathon session of Where's Waldo. 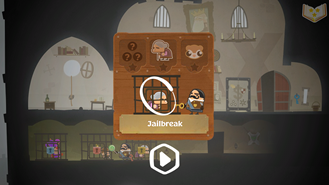 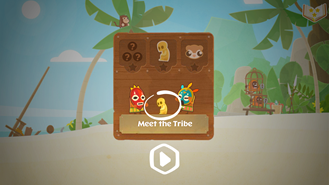 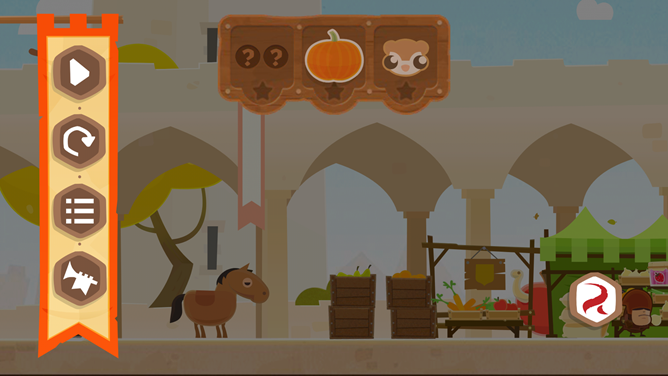 Now for the challenge. All of these items must be found and acquired without being spotted. If you're spotted by anyone you're trying to steal from, it's instant failure. Since each stage has multiple checkpoints, being caught isn't too much of a deal-breaker. That said, there's still a fair degree of trial and error to be had here, but I never found myself getting too frustrated.

This section is going to be short, because as far as I'm concerned, Tiny Thief's presentation is perfect. Each stage looks meticulously crafted, with only a few repeated elements between them. They're filled with curious NPCs, animals that you can interact with, and baddies distracted in all manner of ways. Some will be occupied with their garden, others may be too focused on cooking, another may be in the shower, and many will simply be asleep. The world isn't overflowing with action, but it always feels alive and youthful. None of its inhabitants speak, but you will love many of them and hate a few before this story is over. 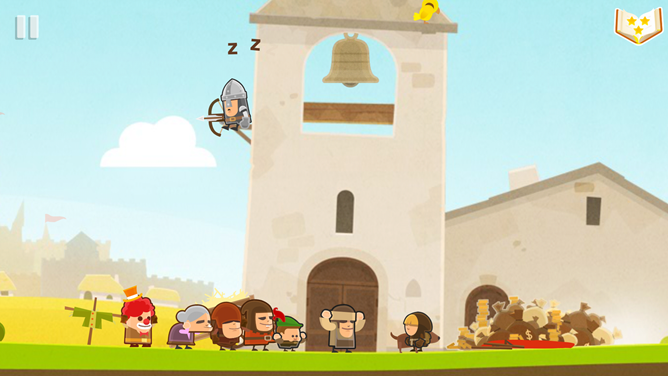 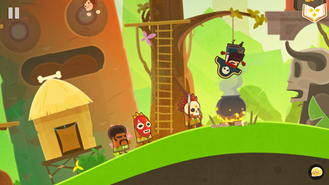 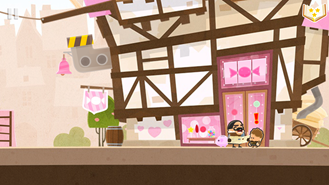 The thief is adorably animated and looks more like a living, breathing cartoon character than an animated sprite. He performs a different animation every time he's caught or successfully completes a stage. Over the course of this adventure, I've seen a dejected thief pretend to be a janitor or bury himself underground. A victorious thief, on the other hand, may throw confetti into the air or even borrow dance moves from Psy. During every moment of the game, I got the sense that the developers went the extra mile to prevent things from getting stale. The audio is charming, and it consistently reminds me that this is a storybook experience.

It's tempting to write of Tiny Thief. Amazing Alex wasn't all that compelling, and Angry Birds became over-saturated with time. Say what you will about Rovio outsourcing creativity with their Rovio Stars program, the end result is worth it. Tiny Thief, I'm surprised to say, is a brilliantly crafted game. Yes, this is a casual experience, but it's still a surprisingly complex game. This is a story rich was highly varied puzzles that occasionally racked my brain, but I wouldn't hesitate to share it with a younger sibling or grandparent alike. It's a complex game coated with endearing character and held together by a control scheme that strips the learning curve out of getting the thief to do precisely what you want him to do. 5 Ants should really be commended for what they've done here. If this were produced by any other publisher, I'd give Tiny Thief an overwhelming recommendation to any and all with a device capable of running it. 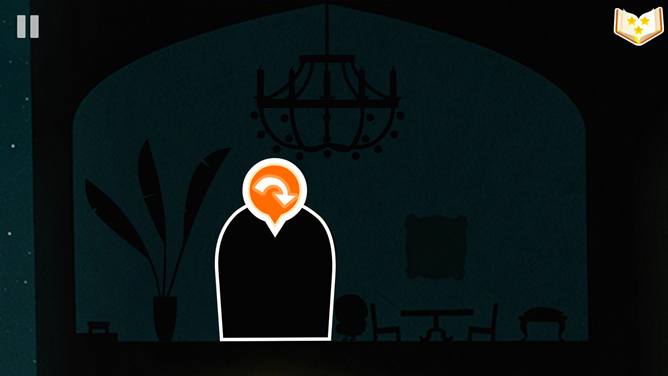 But this is Rovio, and we've all seen what happened to Angry Birds. At the time of this review, there were no ads and no IAPs inside the game. That said, Tiny Thief's Google Play page makes a mention of both. It will be heart-breaking if either of those things make an appearance down the road. Absolutely heart-breaking. As things are, this is a beautifully illustrated and wonderfully paced theatrical experience available for $2.99. See it now before it comes out on TV, laden with commercial breaks.