The new Google Maps app seems to be positive on balance, but there are always some features that get left behind in big updates. There's the odd caching functionality and the complete lack of My Maps, for example. While it may look at first like the missing traffic widget has taken some functionality with it, that's not quite the case. Google Maps v7 contains a new one-tap directions widget that does much more than the Traffic one did.

Update: It's been brought to our attention that the Directions widget existed before the update under the name Directions & Navigation. The removal of the Traffic widget and the unification of two widgets into one makes quite a bit of sense. Unfortunately, for some reason Google decided to remove the Shortcut icon part of the widget that let you select one of seven icons. If you use a custom launcher, though, you may be able to assign a custom icon anyway. 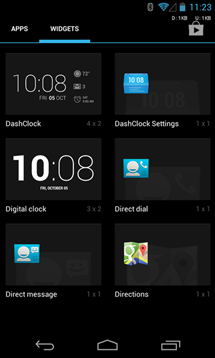 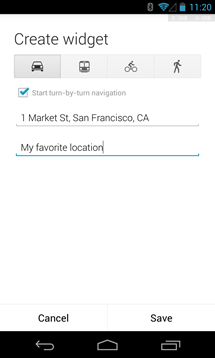 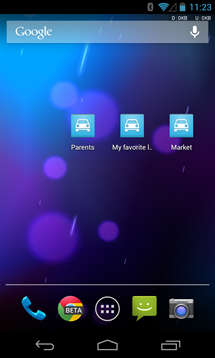 The Traffic widget would watch a certain address so you could tap on it and see the approximate travel time from the home screen. The Directions widget again lets you enter an address, but the icon itself launches you right into either navigation or the directions screen (there's a checkbox to set what each widget does). The Traffic widget only opened a top-down view of the route – there were no other options. 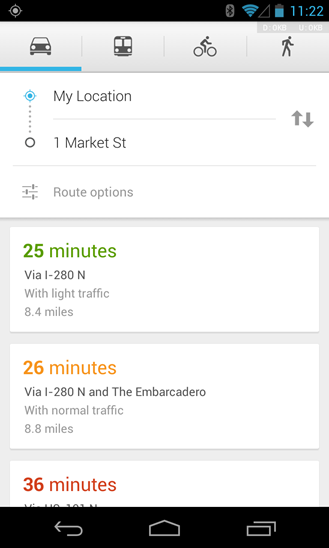 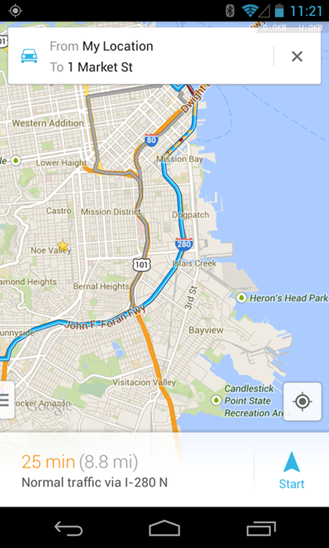 The color coding from the traffic widget (green, yellow, and red) is still there, but not on the widget. The colors are shown in the directions screen when you launch the widget. If you don't have navigation set to launch automatically, you will get multiple routes to choose from, each with a color to indicate delays. The Directions widget actually gives you more information in the same number of steps. So do not bemoan the death of the traffic widget. The Directions one is better in almost every way.

Update: The Directions "widget" could be listed under Shortcuts in some launchers, so look for it in Shortcuts instead of Widgets.

[Thanks, Ben Williams, and Raz]