Just two more months, football fans, and your long wait will be over. Many NFL fans use the summer months to prepare their fantasy football teams and leagues, in the gentleman jock's alternative to Dungeons and Dragons. CBS has its own fantasy service (just like ESPN, Yahoo, the NFL itself, and starting in 2014, the official Android Police Fantasy Football Service) that was marked by an impressively awful Android app, lazily ported from the iOS version. CBS has scrapped the older app, listing and all, and thrown up a new version. It's a free download for Android 2.2 and up, though the fantasy service itself is paid. 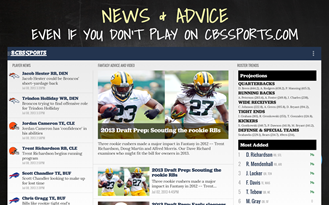 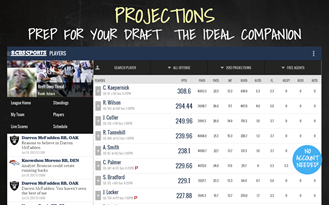 The CBS Sports Fantasy Football app covers all the bases (or as it might be, yards) of the typical fantasy app: it ties into the CBSSports.com servers for access to your personal team and league info, with team roster building and trades. You can even switch between teams in different leagues, say, for your work friends and personal friends. For those who like to make things a little more - ahem - interesting, there's also support for pick'em games and survivor pools, so there's no arguing when you go to cash in. Scores are updated live, and there's live news for drafts, stats, and real-world projections. The user interface and stability appears to be much improved, and even (gasp!) follows Android design guidelines. 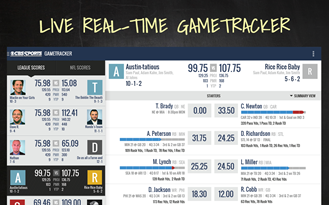 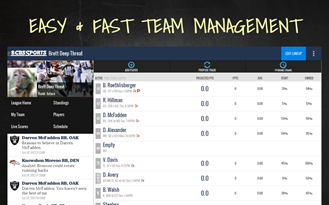 Humorously, CBS seems to be in denial about the terrible nature of the former app. The new description reads: "Building upon last year’s award-winning app, we’ve re-designed and re-built the app to make it easier for you to use, give you faster access to scoring and make it even more reliable." Which doesn't explain why the new app has a completely new Play Store entry, and the old one has disappeared. Luckily, AppBrain still has the old entry available, including its awful reviews. We'll post a screenshot here to preserve its former 2.6 out of 5 rating, for the education of would-be lazy iPhone port developers everywhere.