Update: Sprint has officially announced these new plans as of tonight.

As you may have already heard, Sprint is gearing up to put some new plans called Unlimited, My Way and My All-In in motion. From what we've seen, the new plans likely won't replace the old Everything plans, but they are definitely different in essentially every way. And for some, they may even be cheaper. 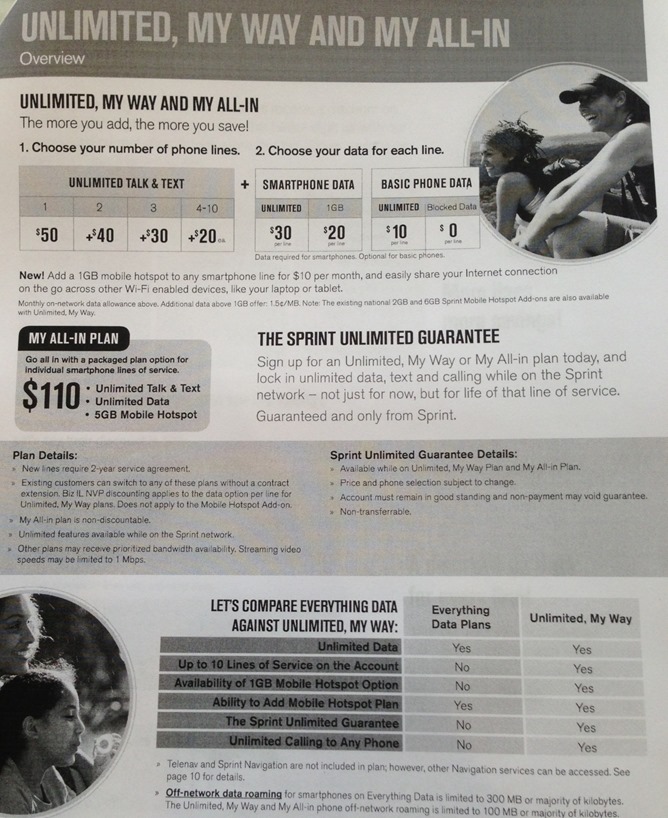 Let's start with the basics: what are these new plans? At first blush, it looks like Sprint is jumping on the "share things" bandwagon of AT&T and Verizon, but since the company is dead set on offering unlimited data, their version of these would-be shared plans work a little bit differently. With Unlimited, My Way, every phone has unlimited talk and text right out of the gate (much like AT&T's and Verizon's shared plans), and you can choose from two data packages – unlimited ($30) or 1GB ($20) – which are charged on a per line basis. You are allowed up to 10 lines depending on credit, and for each one you add, the price per drops. For example: if you have one smartphone with unlimited data, you'll pay $80 per month ($50 for the phone, $30 for the data). If you have two phones, the price per drops to $40, with $30 in data each for unlimited, which is $150 total. You can also add 1GB of tethering for an extra $10, but the existing 2GB ($20) and 6GB ($50) tethering options are also still available.

But, then there's the My All-In plan. It's a pretty straightforward single-line-only plan: $110 monthly gets you unlimited talk, text, data, and 5GB of tethering data. If you often need to use your phone as a hotspot, this is the option for you. The only issue with this plan is that if you have it on more than one line, you're shelling out $110 for each. That can get pricey pretty fast.

With the basics out of the way, let's talk about some new info. We've gotten our hands on several leaked documents that detail essentially everything about these new plans, FAQ-style. Definitely worth a read if you're interested in all the fine print. 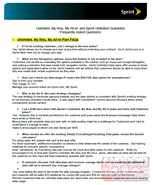 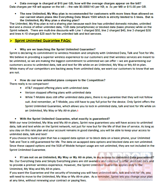 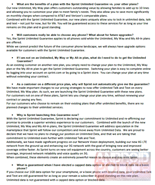 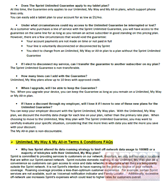 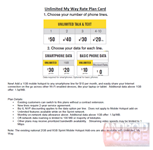 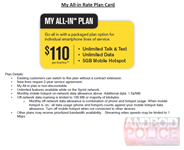 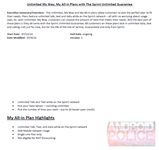 The biggest benefit (or what Sprint is claiming as such) is the "Unlimited Guarantee" on Unlimited, My Way or My All-In plans. Basically, this says that if you're on such plans, you'll never have to give up unlimited data under any circumstances for the lifetime of that line. Even if Sprint changes its policy on unlimited data.

But there is another catch: none of this applies when you're roaming. While using your device outside of Sprint's coverage area, you are allowed 100MB of data per month. Should you bypass this limit, Sprint "may discontinue service." Ouch.

So, what about throttling? Sprint has an interesting way of dancing around the question in the leaked documents we were giving detailing these new plans:

So, will Sprint throttle your data? Probably not, but it definitely reserves the right to do so. 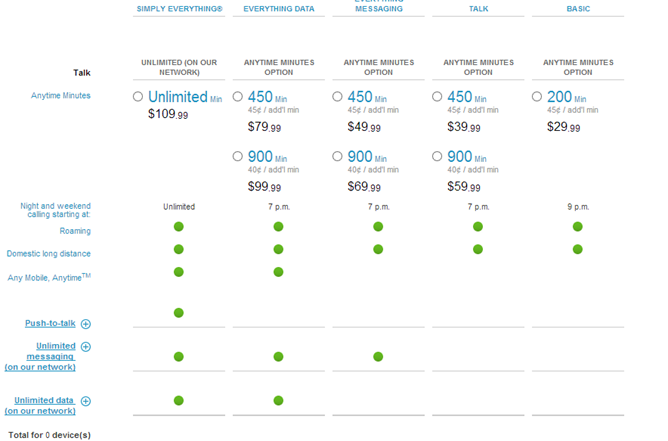 Overall, these new options seem to take a step away from Sprint's more traditional package-based plans. In most cases, these actually seem to be more affordable; for example, the existing unlimited everything Everything plan is $110 on its own, and that doesn't include any sort of tethering. In that case, the My All-In plan is a much better deal. Similarly, the Everything Data plan is $80 per month for 450 minutes and unlimited data, whereas the Unlimited, My Way offers unlimited talk, text, and data for the same price. Again, it's a better deal. Really, it seems the only time the Everything plans are a better deal than the Unlimited, My Way plans is when unlimited data isn't a feature of the plan. Otherwise, the new plans are the way to go nearly every time.

The word on the street (and in the above docs) is that these plans should go live on July 12th. For those of you who like to keep up with dates and such, that'd be tomorrow, so break out the calculators and get to mathing – maybe you'll save some moneydollars.