Users are reporting the appearance of a strange new feature in Facebook's Android app – a bottom navigation bar. This appears to be part of Facebook's beta testing program, but not all participants are seeing the new UI element. We've confirmed with multiple people, so this seems like the real deal. Is this what Facebook's app will look like in the future? 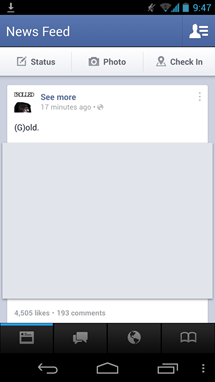 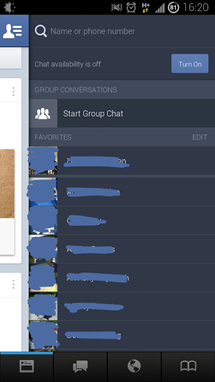 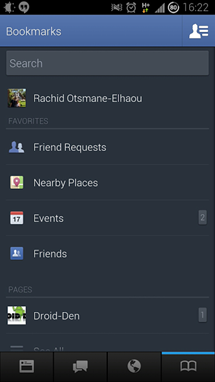 The four button at the bottom of the app have a slight gradient with a blue highlight indicating the active one. This would be an interesting direction to go – bottom navigation tabs are more of an iOS thing. It appears the side navigation panel is gone in this version of the UI as well. The navigation menu in the current app is a bit of a dumping ground for functions that don't fit anywhere else. Maybe the redesign will organize them more logically, but they could also simply be crammed in elsewhere.

And yes, the legacy menu button lives on. You would think changing up the UI would be a great time to get with the program, but that's apparently not how Facebook rolls. The updated UI appears to be a server side change, which would explain why most people aren't seeing it. It's unclear if this is the future, or some crazy idea that will soon be relegated to the dustbin of history. A screen of the current app is below for comparison. 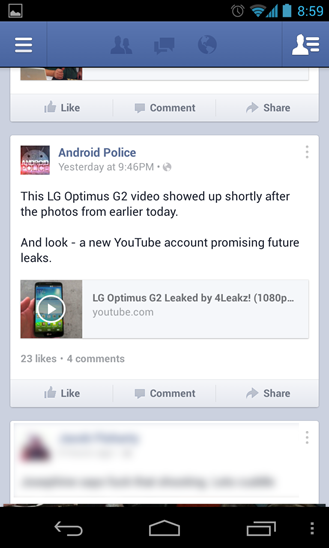