Pick up that Galaxy S4 that is totally not going to explode and give it a glance. Sprint customers might just see the MF9 update begging for attention. Don't expect anything too major here, but after the download is complete, your phones should support installing apps from the Play Store onto MicroSD cards. Other niceties include HD Voice enhancements and additional wallpapers. 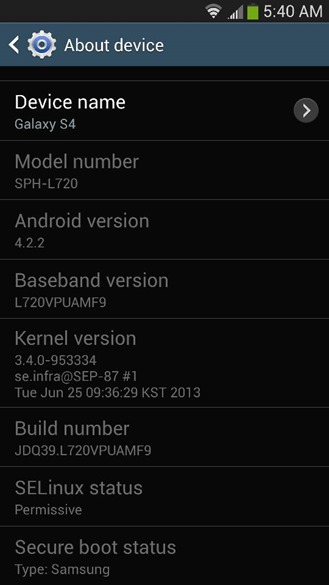 This is an OTA update, so there's no need to whip out the USB cable and fire up Kies. The full download is 357MB, so you might want to find a WiFi network beforehand.

Rooted users might want to hold off before downloading. While Sprint makes no mention of it, the update apparently includes Knox security software, and XDA Developers have not yet confirmed if this locks the bootloader.

The update apparently does not contain Knox after all. Rooted users should have nothing to fear here.