In what is bound to be the first of many more multi-photo leaks over the next month, Engadget has gotten its hands on an extensive set of snaps of the upcoming LG Optimus G2. Behold the imagery below, and read on for our take. The G2 has been previously leaked on multiple occasions, most recently in some video screencaps depicting LG's next flagship. LG also hasn't been shy on acknowledging the device's existence, teasing its Snapdragon 800 processor and August 7th launch event. 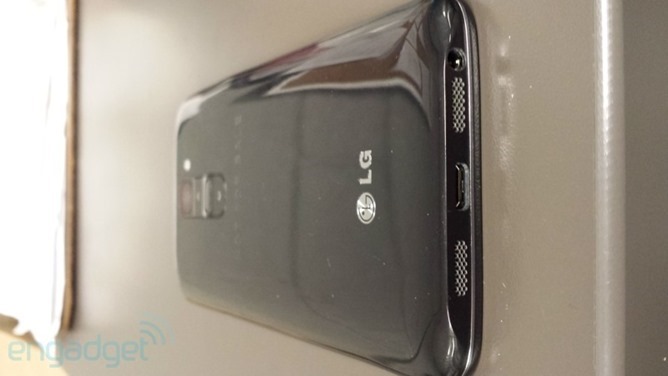 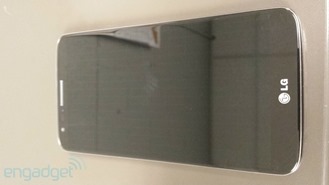 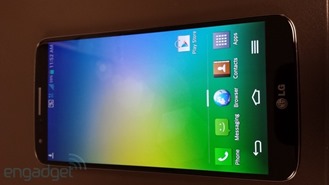 I have to say, the G2 is decidedly generic-looking in these photos, though some people may prefer the highly subdued styling going on here. The front fascia feels like it has taken a lot of inspiration from the Nexus line of phones, actually. Not particularly surprising, given that LG manufactured the Nexus 4. The G2 appears to be exceptionally thin in profile, and the odd up / down arrow buttons with what appears to be a power button sandwiched between them are still sitting below the rear camera. My guess is these arrows are for volume adjustment. There are no side-mounted buttons immediately visible in any of these photos, so it's entirely possibly - even likely at this point - that the G2 will have none. Some people will, undoubtedly, find this terrifying. I think it's pretty cool. 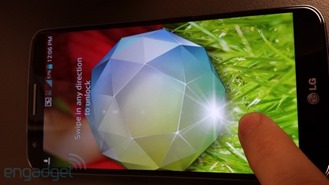 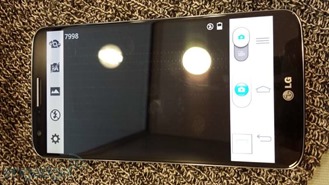 What is also a bit odd is the apparent placement of the G2's external speakers - on the bottom of the phone, flanking the microUSB port. That's interesting. Oh, and look: virtual navigation buttons! And rather interestingly, there is no black bar defining the navigation button area on the homescreen - they're just blended with the wallpaper. I think it looks kind of cool, actually.

A redesigned camera app is visible in the last shot, though there's not too much interesting going on there that I can see. Like I said, I'm sure we'll be learning even more about the Optimus G2 in the coming weeks, some of it probably from LG, so expect to see more of the G-quel as we approach its August announcement.

Tiny Thief Is The First Rovio Stars Game For Android, Due To Hit Google Play July 11 Google+ Will Now Highlight What You +1 To Your Followers, With Your Permission